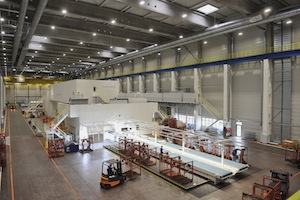 China – The company will supply a press line with ServoDirect technology and a servo tryout press, to fulfil an order valued in the double-digit, million-euro range. With a total force of 81,000kN, the servo press line will mainly be used to produce car body parts such as bonnets and doors.

According to Schuler, its ServoDirect technology can improve productivity by around 20% in comparison with conventional mechanical press lines. In addition to higher output, the electronically regulated motors are designed to provide greater flexibility and energy efficiency as well as low part costs. Commenting on the recent order, Klaus Linnig, managing director of Schuler’s Automotive division, said that the Servoline XL “can make a decisive contribution to enhancing the economic efficiency of modern press shops”.

Qingdao is one of seven factories now operated in China by FAW-Volkswagen, which was established in 1991; the joint venture began full production in 1996 now employs more than 9,800 personnel.