Revitalised by Renault since its purchase in 1999, Dacia now has a considerable production footprint; the Mioveni plant is the jewel in its crown 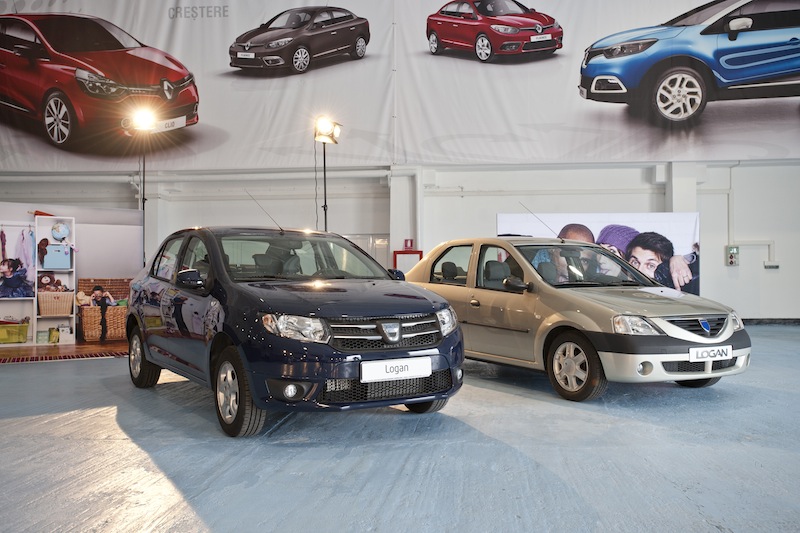 Dacia is the automotive equivalent of the local convenience store that has somehow transformed itself into a supermarket chain. A company which at best produced only 100,000 cars a year when its Romanian homeland was a communist state last year sold more than 1m, including those badged as Renaults outside Europe and Mediterranean North Africa.

The company lays claim to the youngest model range in the industry: the Logan saloon and estate (MCV); the Sandero hatchback and Stepway (crossover); the 4x4 Duster; the Lodgy MPV; and the Dokker light commercial vehicles (LCVs) – all based on a single (M0) platform and renewed within the last two years. Like bargain fashion houses and food stores, it has prospered on the back of what might be termed ‘value chic’.

Dacia now has 12 production facilities in Europe, Africa, South America, India and the Far East. By far the largest is at Mioveni, in central Romania, which is number two within the Renault group after the Avtovaz (formerly Lada) factory at Togliatti in Russia. Mioveni began operations in 1968 to build the Renault 8 and Renault 12 under licence as the Dacia 1100 and 1300. The plant employs 8,500 personnel and in 2013 produced 350,000 of the 1.05m cars sold as Dacias or Renaults.

Renault bought a 51% stake in Dacia in 1999 and has since expanded its interest to 99.3%. It has pumped almost €2.2 billion ($3 billion) into modernising Mioveni, the most recent investment being for a new crankcase production foundry in 2011. Along with the design centre in Bucharest and the technical centre at Titu – both of which are shared with Renault – Mioveni now forms part of a complete vehicle design, engineering and production network in Romania.

A fully furnished facility
Mioveni is far more than just an assembly plant. It also produces tooling for the whole Renault group, turns out 308,000 petrol engines and 516,000 transmissions a year and creates CKD kits for assembly as Renaults in Russia, Morocco, Colombia, Argentina, Brazil, South Africa, India and Iran. Adhering to the Nissan Production Way which is now followed religiously across the entire Renault group, the factory operates at capacity on a three-shift system.

Mioveni produces every part of the car, including the H4 0.9-litre three-cylinder and K7 1.4- and 1.6-litre petrol engines (diesels are imported from France). Unmachined engines from Mioveni are also sent to Renault plants in France and Turkey for installation in the Clio. “Mioveni is responsible for 2.9% of Romania’s GDP and 8% of its exports,” says Nicolas Maure, CEO of Dacia. “There are 1,500 suppliers employing 130,000 people nearby who made €200 billion worth of purchases in 2013.”

After its 2011 extension, the foundry at Mioveni is now the largest in the Renault group. It houses 20 machines weighing 660-2,500 tonnes, and produces aluminium castings of between a few grammes and 15kg in weight. It operates on a six-day, three-shift system. The facility is automated and computerised: the 500 employees present only need to perform visual checks.

Altogether there are four buildings involved in engine production, with 350 operators. Mioveni turns out 600 H4 and 750 K7 engines per day. The H4 facility, with a line capacity of 450,000 a year, opened last July and has already built more than 200,000 units. There are 64 automated workstations and only eight that involve manual labour; even those have been ergonomically designed so that operators do not need to walk anywhere."Ten years ago we were just a local brand. Now we are producing more than a million vehicles a year" – Nicolas Maure, CEO, Dacia

Mioveni’s stamping shop produces 350,000 parts a day from 1,000 tonnes of steel formed in 88 ABB Rotem presses with a force of 250-2,500 tonnes. The latest addition to the facility was completed last year at a cost of €24m, taking the total surface area up to 44,000 sq.m. There are 1,350 employees working three shifts on 18 fully automated lines. Forty per cent of the plant’s output is shipped to Renault/Dacia factories in Morocco, India, Russia and Colombia.

Three parts out of every batch are given a full geometric quality control check. There are also TV animations and video cameras so that the head of the installation can monitor operations at any time. The 870 dies were made in France, Italy, Spain, Romania, Korea and Japan. They are changed twice per shift in a fully automated operation which takes around seven minutes. The stamping shop has its own quality control, training, environmental efficiency and health and safety departments.

Mostly manual
In order to minimise the investment needed for tooling and, therefore, production costs, Mioveni’s 60,000 sq.m welding shop is far less automated than in most Renault plants, with 95% of the work performed manually. Consequently, almost a third of the plant’s workforce, just under 2,500 people, works there. They build 1,390 bodies a day. The welding shop includes a special area where destruction tests are carried out to check weld quality as well as a 3D control lab to monitor the geometry and external design of parts.

The completed bodies then go through a six-stage painting process in a 53,000 sq.m building. This accommodates 858 employees and is 65% automated. Body painting involves the addition of 18kg of putty to insulate and protect against corrosion and stone chips, and 8kg of paint. Mioveni uses 15 different colours including those for special edition models, and paints several bodies in the same shade in sequence for more efficient paint use.

Final assembly is the most manual part of the build process and involves 1,560 personnel working three shifts in a 45,000 sq.m hall with a single line 1.2km long. There are only seven robots, for awkward or heavy parts of the assembly operation, although the joining of body and powertrain is also automated. Mioveni produces a complete car every 65 seconds on a continuously moving line which travels at 5.6m per minute. 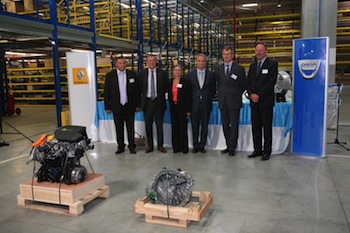 It takes 135 minutes from the moment painted bodies arrive in final assembly until drive-away. Completed cars are taken to Mioveni’s test track for a shakedown run and then sent by road, rail or ­­ship to their final destination. Dacia’s shipping port is at Constanta, on the Black Sea. Russia and Brazil are the strongest overseas markets for the brand.

Mioveni is also home to the largest logistics centre within the Renault group, which covers 150,000 sq.m and employs 700 personnel. This was opened in 2005 and consolidates the work of 500 suppliers in Romania and the rest of the world. It has 30 customers, 13 of which are Renault plants. Last year the centre handled enough parts to occupy 1.9m cubic metres of space.

Less than 20 miles from Mioveni is the largest Renault group parts and accessories centre outside France, at Oarja. This 65,000 sq.m facility was opened in 2010, has a 139-strong workforce and is capable of stocking more than 70,000 items. The warehouse supplies parts to Dacia, Renault and Nissan dealers in Romania as well as the Dacia network throughout Europe and the Mediterranean rim. It has more than 400 suppliers, including 241 located outside Romania, and earns almost half of its revenue from exports.

From 80,000 to 1m cars a year
The scale of the operation at Mioveni would have been unthinkable 15 years ago, when Renault added the Dacia brand to its portfolio. CEO Maure puts its expansion down to the visionary ideas of former Renault chief Louis Schweitzer, who spotted the potential for a budget brand in newly liberated Eastern Europe and eventually settled on renewing the historical ties with Dacia which had ended in 1978. For five years nothing much seemed to happen, as Renault began modernising Dacia’s production facilities and updating its quality control, book-keeping and safety systems. But then it all took off with the launch of the Logan in 2004. 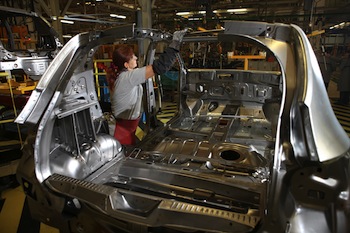 More than 1m Dacias were produced last year
Now more than 1.2m vehicles a year are produced on the M0 platform, including some for Renault. In 2008, just before the global downturn, the Romanian TIV was 340,000 cars, of which 84,000 were Dacias. Last year the entire Romanian market was only 82,000. Yet Dacia is thriving – building more than a million cars in 2013. Most of its factories are working to capacity, it commands almost a third of the Romanian market and its no-nonsense, low-cost approach is winning customers around the world.

“Ten years ago we sold 80,000 cars a year in Romania and Eastern Europe,” says Maure. “We were just a local brand. Now we are producing more than a million vehicles a year. There are not many brands that have gone from zero to a million in just 10 years. And there are new territories that we can go and explore. There is huge potential in South America and Africa. Then we have to look at the model mix. We are increasing production of the Duster. And we could increase the number of shifts to four or five.”