Renault Palencia: Part of the family 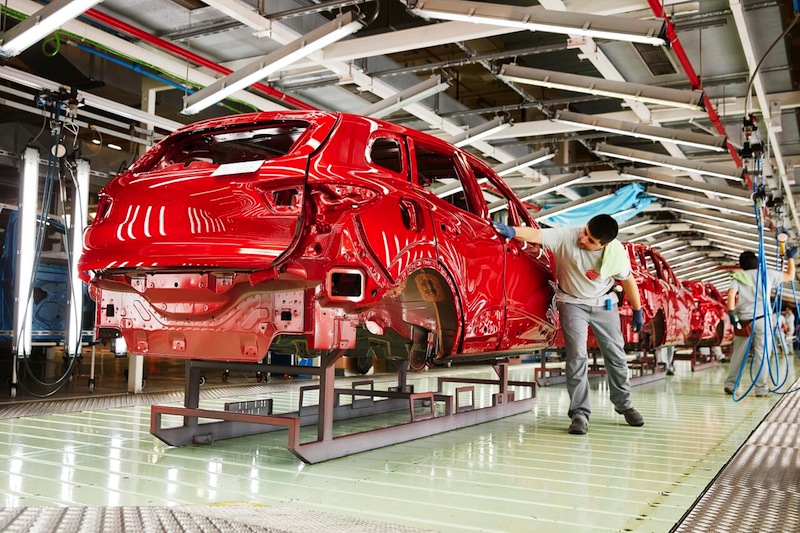 There are a couple of words which crop up frequently when talking to Renault executives about the company’s Palencia plant in northern Spain: one is quality, the other is competitiveness. Palencia has long been the hub for Renault's C-segment Mégane range, but it is now building the fourth-generation version plus the Kadjar crossover based on the Renault-Nissan Alliance’s Common Module Family (CMF) architecture. As such, it has become a standard-bearer for Renault’s campaign to improve production efficiency, cost control and customer satisfaction.

The plant began making the Kadjar earlier this year, and will soon move from pre-production to full production of the Mégane five-door hatchback. They are the first of six CMF cars that will eventually come out of Palencia. For now, though, they are made alongside three versions of the third-generation Mégane, which will remain on the stocks for some time until being replaced.

Palencia is one of four Renault plants in Spain and a major beneficiary of the €600m ($640.6m) the company is investing in the country, starting last year and finishing in 2016. With the Kadjar proving to be as big a success as the smaller Captur crossover made at nearby Valladolid, the workforce at Palencia has swollen from 1,900 to 4,200 in 18 months, largely as a result of reinstating the third shift, which was discontinued in 2011. There has been an even greater increase in productivity; a plant which was turning out fewer than 600 cars a day in 2014 is now producing 1,350, or one every 58 seconds. Next year it will build 300,000 cars – 20,000 more than the quota agreed with the unions.

Implementing major changes
To prepare for the introduction of CMF, every employee – including the plant director – had to undergo retraining, on average receiving 87 hours. There have also been changes to the 30,000sq.m supplier park, which contains five main suppliers employing 300 personnel and delivering stampings, plastics and some sub-assemblies.

Renault Palencia now makes greater use of AGVs
But the major changes are to be found in the plant’s infrastructure. A former logistics building has been turned into a fully automated bodyshop for CMF cars, complete with 320 new Kuka laser-welding and lifting robots grouped in cells, and there are automated guided vehicles (AGVs) to supply them with pallets of parts. There is also a 'weld dojo' – a workshop containing a complete car body where operators can learn to distinguish between compliant and non-compliant assemblies. It is tangible evidence of Renault’s increasing focus on quality.

To replace the former logistics building, Palencia now uses an external warehouse plus a second one fewer than 4km away. The factory conducts some stamping of external parts on-site, but the majority come from Valladolid, as do the engines. The gearboxes are among the furthest-travelled components, arriving from Seville in southern Spain.

“For Kadjar, around 80% of our supply comes from within Spain, and for Mégane it will be 70-80%,” says Jose Vicente de los Mozos, manufacturing and logistics group director, “but with CMF the number of suppliers is lower. Because Kadjar shares a platform with the [Nissan] Qashqai, many parts come from Nissan Sunderland, but more than 60% are sourced within 100km, which means lower logistics costs.”

Adopting Alliance strategies
With the introduction of CMF, Palencia is now more fully integrated into the Alliance Production Way. For instance, the body-side assembly line for CMF cars, which has been fitted with 70 of the 320 new robots, follows Nissan Standard Line processes.

The greatest impact made by CMF can be seen in the contrast between Palencia's two bodyshops, which employ a total of 856 people. A mere 14 personnel work in the CMF body assembly area, where there is zero manual parts delivery and handling. Across the way, where Mégane III bodies are constructed, there is a more traditional line, with partially completed bodies halting for around 48 seconds at each workstation. Sixteen auxiliary lines feed in panels. Welding is performed by robots, including 70 which have been upgraded for door and bonnet assembly, but human operators are needed to guide many body sections into place for joining.

“We are not at the level of [Nissan] Sunderland yet, but in Renault we know where we want to go” – Jose Vicente de los Mozos, Renault

Palencia is the third Renault plant to benefit from new painting technology resulting from the Alliance’s partnership with Daimler. A grey-walled light booth developed by the process engineering and design team emits a reference light which allows operators to spot the smallest colour differences between sections painted in the factory and components from outside suppliers. For the new Mégane, for instance, the doors and bumpers are painted in different areas of Palencia while the composite tailgate is a bought-in part. Employees need at least one year of experience to work in this area.

This is just one example of a thorough inspection process which occurs at every stage of production. Any worker can stop the line to report a defect; the golden rule is that no faults should be passed on. Every car is given a full electrical check, ten minutes of static tests, ten minutes on the plant driving track and then a full waterproofing inspection, and with driver assistance systems becoming more comprehensive, there is now a separate review area for these too.

Tackling greater complexity
There is just one, S-shaped final assembly line, which has also had to be modified to accommodate the dimensions of the CMF cars. This has created more diversity in the workstations because of the new features made possible by CMF, such as the all-wheel-drive system for the Kadjar and the 4Control four-wheel steering available on the new Mégane.

The total parts count is now 4,500 – double what it was before. To help operators manage this complexity, kitting is being phased in and is now 75% operational. The eventual aim is to have full parts kits brought as close to the workers as possible for improved ergonomics, safety, efficiency and quality.

“We started bringing in kitting before the arrival of Kadjar and Mégane IV as part of our leaner manufacturing,” says de los Mozos. “More AGVs is the next step, and we are thinking of kitting the automated stations and looking at collaborative robots, but first we need to stabilise and decide on the right level of automation. “In one year, we will see manufacturing of the secondary flow automated. We are not at the level of Sunderland yet, but in Renault we know where we want to go.”

AMS: How did you set about integrating a completely new vehicle architecture into the plant while continuing to produce cars?
JL: There are three main activities. There is only one assembly line and one paint facility, but the bodyshop for CMF [Common Module Family] is totally new. A lot of the transformation was in the summer break, but most of it was done while production went on – at nights and at weekends. It was not easy, because we had to continue to produce every day and validate that everything was working well.

AMS: What stage are you at with the introduction of the Mégane IV?
JL: We are currently in ramp-up, and will reach full production in a few weeks. Not all versions of the new Mégane will come at the same time. We will continue to produce Mégane III for [many] months.

AMS: What is the current balance of production between the Kadjar and the Mégane III?
JL: Around 50% of production is for the Kadjar, but that can change from week to week, depending on demand. The important thing is that we are totally flexible.

AMS: You have significantly increased the level of automation within the plant, but also added 1,300 more employees recently. Isn't that unusual?
JL: The number of staff is directly as a result of adding the extra [third] shift. In 2014, we were producing less than 600 cars a day. Now it is 1,350. We are improving productivity step by step, with good quality, so there are more staff now than there will be in six months [when older versions of the Megane are replaced with more automated, CMF production. 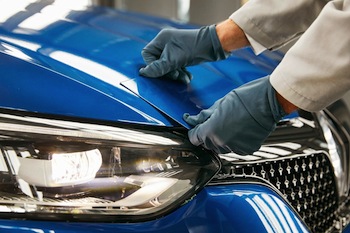 Parts are painted by different facilities, including external suppliers, and must be checked for compatibility
AMS: The CMF body assembly area used to be a logistics centre. How has this changed your storage and delivery systems?
JL: Palencia is one of four plants that are close together. Valladolid is our big stamping centre and just 45km away, and here at Palencia we produce external parts. We also have a third plant making parts. If a part is large it needs to be made close to here. We get engines from Valladolid and fuel tanks and bumpers.

Eighty per cent of our parts volume comes from within Spain, but there are some that come from Korea and China. We are trying to manufacture the same way as the Alliance, with flexible installation. We can now manufacture a platform designed by Nissan, and it will become more and more easy once we are fully integrated.

AMS: What other changes have taken place, and what remains to be done?
JL: We have changed the formation of the plant and the logistics flow, but it is still not finished. We have much more lean production, but we have still not finished the chassis and trim line, and we do not yet have enough AGVs [automated guided vehicles].