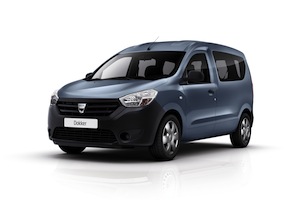 Morocco – The milestone vehicle, a Dacia Dokker for the local market, rolled off the line two years after the plant opened. The car was the 70,000th of this model, which is only produced in Tangiers.

Average output at the facility has risen to 600 vehicles per day, including 213 Dacia Dokkers. A significant proportion of the total Dokker output has been exported, with the main markets being Spain (12,977 units), France (12,727) and Turkey (11,663). More than 15,500 units have also been sold within Morocco.

Renault-Nissan attributes the increased output at Tangiers to “the policy of continuous improvement conducted by the plant, both in its processes and in the management of its workforce”.