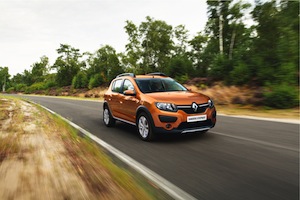 Argentina – The investment at the 60-year-old plant will enable the introduction of a new vehicle platform and equipment to make the Renault Logan, Sandero and Sandero Stepway. It will also go towards the development of a local supplier network.

Beginning in March and continuing over 20 months, the OEM will deploy its investment in five key areas: an equipment update; staff training for the new equipment; modernisation of the paintshop; R&D; development of the supplier network.

The introduction of the new platform will ensure the continued production of Renault vehicles in Argentina and the addition of new models in both the medium and long term.

“Argentina is a key location for the Renault group as far as the development of its production strategy and sales growth in the Americas region are concerned,” said Thierry Koskas, CEO of Renault Argentina. “The aim is to maintain this expansion and also reinforce the brand’s footing in the country.”

Production of the Logan, Sandero and Sandero Stepway will begin in mid-2016, ahead of a sales launch in the fourth quarter of the year.