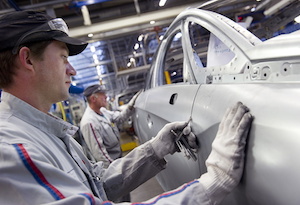 France – The OEM confirmed that Mulhouse and Sochaux will build new models from 2020/2021, saying this will secure their “medium-term manufacturing visibility”. It added that details of the vehicles will be disclosed at a later date “for strategic reasons”.

Situated less then 70km apart in the east of the country, both factories are in the process of major upgrades, which PSA said will transform them into “among the best performing in Europe”. The projects are called ‘Mulhouse 2020’ and ‘Sochaux 2022’, and the latter will include the construction of a stamping facility.

According to PSA, the two plants will soon manufacture all of their vehicles on the EMP2 platform and their production will benefit from economies of scale, due to their close proximity and joint responsibilities. Mulhouse and Sochaux will share the production of subassemblies and use the same supplier pool.