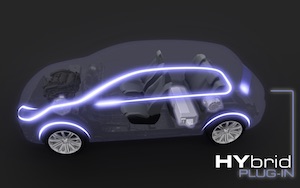 France – The vehicle-maker will diversify its offering with plug-in hybrid petrol engines and next-generation electric powertrains, in particular for the electric Common Modular Platform (e-CMP) being developed with Dongfeng Motors. PSA said the move is part of its “energy transition process” and will involve the modernisation of its plants.

Gilles Le Borgne, executive vice-president, R&D, at PSA Group commented: “We will be launching an unprecedented technological offensive as part of the ‘Push to Pass’ plan, to provide our customers with an attractive offering of sustainable mobility solutions and maintain our lead in terms of pollutant emissions reduction, with seven plug-in hybrids and four other new electric vehicles scheduled for launch by 2021, in addition to our flagship engine models.”

In its statement, the OEM said that, for “strategic reasons”, it will manufacture the main electric powertrain components in France, “signalling its determination to develop high-tech operations in profitable niche markets”. The Trémery/Metz centre of excellence will produce the electric powertrains; Valenciennes will be responsible for the gear systems; and Française de Mécanique at Douvrin will make the engines for the plug-in hybrid petrol engines.

PSA emphasised that it will continue to develop next-generation internal combustion engines, both petrol and diesel. In order to meet growing demand for petrol engines, the Group plans to double French production of its three-cylinder EB Turbo PureTech unit by 2019. Douvrin and Trémery will produce 350,000 extra engines by 2018, raising capacity to 670,000. Investment will turn the latter into PSA’s most diversified engine plant, with a line-up ranging across petrol, diesel and electric powertrains.

In addition, the OEM will install an EB module at Trnava, Slovakia, in 2019 so as to increase capacity for three-cylinder engines and move production closer to the market. The greater output will meet demand for petrol-powered, entry-level vehicles.