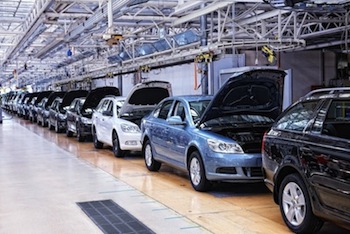 The global automotive market for plastics, already checking in at $15.1 billion in 2012, is showing signs of even more growth. According to a report from Transparency Market Research in New York, the automotive plastics market could reach $32.9 billion by the end of 2018. Demand for new cars is expected to increase, resulting in a rise in demand for the plastic moulded parts that these new cars may require.

What does this mean for automotive OEMs? In the past four or five years, the demand for plastics in the automotive market has been recognised by leading automotive manufacturers. For instance, BMW and Daimler have both entered into partnerships with carbon part manufacturers and moulding companies.

With the aim of producing carbon components on a large scale and at a competitive price, BMW’s deal will involve the construction of a $100m manufacturing facility, while Daimler intends to invest $170m in research. These totals are no blip on the radar; they are signs of big things to come in the industry. [sam_ad id=17 codes='true']

Plastics in practice
So where exactly is the demand for plastics coming from? Carbon parts can typically be found in high-end cars, for example those made by Aston Martin or Chevrolet (its Corvette). While that demand continues to grow with the announcements made by BMW and Daimler, these high-end vehicles are unaffordable for most consumers.

There is some demand arising in other places, however. A few years ago, the US Corporate Average Fuel Economy (CAFE) standards were made more stringent, calling for an average fuel economy improvement of 37% for cars and 23% for trucks.

In order to comply with these standards, many automotive manufacturers started turning to plastics for vehicles in all segments. As is well known in the industry, a lighter vehicle is a more fuel-efficient vehicle; it is estimated that a 10% reduction in vehicle weight, amounting to about 200 pounds, offers 5-6% fuel savings. And using plastic parts is a good way to achieve these results.

The need for safety and innovation is also driving the demand for plastics. Using plastics makes for an incredibly safe vehicle, with the turning point in this development being the intervention of Chevrolet and Ford with their smaller, safer and more fuel-efficient vehicles, the Cruze and Fiesta, respectively.

Plastics in the future
From 1967 to 2007, the amount of lightweight plastics in US vehicles grew from an average of 60 pounds per vehicle to approximately 330 pounds per vehicle. At the moment, 70% of all plastics used in the auto industry are applied to electronics, plus interior and exterior trim. Plastics provide durability, corrosion resistance, toughness, and ease of colouring and finishing.

But one avenue for the future of plastics in the automotive industry lies underneath the hood. From structural cores to brake rotors and powertrains, carbon parts are starting to infiltrate every aspect of the car engine.

Another avenue for the future of plastics within vehicle structures is related to the aforementioned fuel economy requirements. With these new rules, manufacturers are targeting the relatively heavy chassis. The challenge for the plastics industry will be breaking into this structural area of the vehicle.

Overall, the continued growth of the global automotive plastics market is a safe bet; the increasingly important role of plastics in fuel economy, safety and innovation makes the $32.9 billion projection seem inevitable.