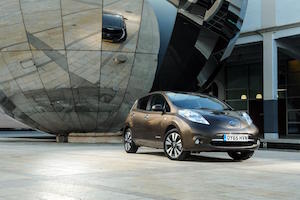 Japan – The Analysis and Research Center, Nissan Arc, announced a new atomic methodology to support the improved performance of lithium-ion batteries and extend the range of electric vehicles (EVs).

“The invention of this new analysis method is essential to further develop the next generation of high-capacity lithium-ion batteries,” commented Takao Asami, senior vice-president of Nissan Motor and president of Nissan Arc. “It will certainly become one of our core technologies. The utilisation of this analysis method in our future R&D will surely contribute to extending the cruising range of future zero-emission vehicles.”

The analysis involves assessing the structure of amorphous silicon monoxide (SiO) in order to better understand the nature of electrodes during charging cycles. According to Nissan, SiO is widely considered key to increasing the capacity of next-generation, lithium-ion batteries. It can hold more lithium than common carbon-based materials, though in crystalline form deteriorates during charging, therefore affecting performance; amorphous SiO does not experience the same deterioration.

The OEM says its new method, a combination of structural analyses and computer simulations, sheds light on the amorphous structure of SiO, which was previously thought to be inhomogeneous and problematic for mass production. Nissan’s findings suggest that it does allow the storage of a greater number of Li-ions and therefore holds the potential to boost battery performance.

Nissan’s partners in the development were: Tohoku University; the National Institute for Materials Science; the Japan Synchrotron Radiation Research Institute; and the Japan Science and Technology Agency.