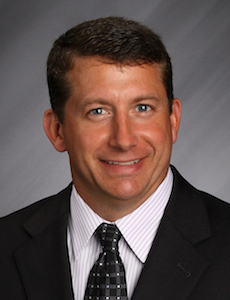 US – Currently COO and president, Mike Nikolai will replace Gary Gigante as CEO of the Hitachi Metals subsidiary from July 1. Gigante will retire, as will Kris Pfaehler, whose responsibilities will be assumed by current executive vice-president John Wiesbrock.

Nikolai started at Waupaca Foundry in 1993 as a metallurgist at the company’s grey-iron facilities in Wisconsin. He went on to occupy positions of increasing seniority: production manager; assistant plant manager at Tell City, Indiana; plant manager at Etowah, Tennessee; and vice-president of operations. He became president and COO in April last year.

Gigante also began his Waupaca career as a metallurgist, in 1981. He later became plant manager; vice-president of manufacturing; president and COO; and CEO from 2007. He also serves on the board of directors for Hitachi Metals Foundry America. His leadership of Waupaca has seen the introduction of ductile iron production at its Marinette, Wisconsin, foundry and two changes of ownership, plus the implementation of ‘flexed’ production and staffing in response to the global downturn.

Pfaehler arrived at Waupaca in 2007 after holding executive sales and business development positions in the automotive industry.