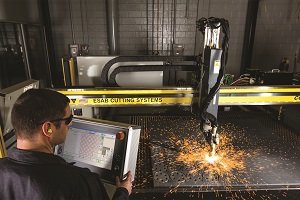 ESAB has released its Columbus CAD/CAM Nesting Software version 1.3, which it claims has been optimised for plasma, oxy-fuel, laser and waterjet cutting. The company says that a key new function is the Job Wizard, which automatically creates NC programs from customer orders. For the parts and plates within a customer’s library that are marked for automatic process, Job Wizard can automatically nest all parts on the correct plates, as well as assign the best machine to cut the part based on strategy settings.

Influenced by customer requests, Columbus version 1.3 now features a simplified and optimised User Interface (UI). Other enhancements include a zoom overlay window that shows details without zooming the complete layout.