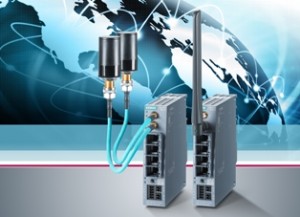 Siemens says the routers are able to be deployed in a diverse range of applications ranging from industrial remote access solutions, such as teleservice to the integration of distant substations in energy distribution or water treatment systems, as well as high-bandwidth applications, such as video surveillance. In addition the new routers each come with two antenna connections, making it possible for operators to use multiple antennas and thus increase both signal quality and bandwidth, claims the company.