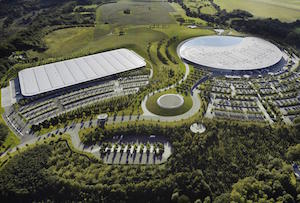 UK – McLaren Automotive, the manufacturer of luxury sports vehicles and supercars, is being combined with McLaren Technology Group, the high-tech specialist, after Ron Dennis decided to step down as chairman and sell his shareholdings in both businesses. Other senior personnel will remain in post.

Noting the unusual combination of automotive, motorsport and applied technologies within one business, Al Khalifa said: “It’s clear that, as one Group, each of those three pillars of our business will support and enhance the other two.”

Ojjeh commented: “Now, as they have reached world-class scale and success, it is the right next step to unify the strategies and brands to create a stronger centre of luxury automotive, racing and technological excellence."

McLaren Automotive, which makes the Sports Series, Super Series and Ultimate Series for 30 global markets, recently announced its fourth consecutive year of profitability. It also celebrated the production of its 10,000th car in December 2016.

“In a matter of just seven short years, McLaren Automotive has established itself as one of the world’s leading creators of luxury sports [vehicles] and supercars,” said Ojjeh. “The new McLaren 72OS, the first car to be launched under its Track22 business plan, is already sold out well into 2018 and there will be a lot more exciting cars where that came from.”

The McLaren Group employs 3,400 people, the majority at the McLaren Technology Centre headquarters in Woking, and the combined turnover in 2016 was £898m ($1.2 billion). Under the new arrangement, the Bahrain Mumtalakat Holding Company and TAG Group are now the McLaren Group’s long-term majority shareholders. The former invested in McLaren ten years ago, while the latter is the longest-standing shareholder, with a relationship stretching back to 1984.