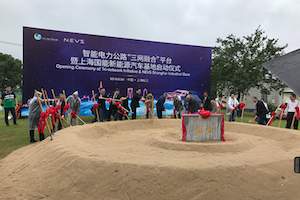 China - The Swedish EV maker has started construction of a new car factory in Shanghai. It will be a copy of the plant that was recently completed in Tianjin - a city situated an hour south of the capital Beijing.

Both these plants will have an annual production capacity of around 200,000 units, but will only make around 50,000 during initial stages.

NEVS is one of several car makers that have been expanding their production facilities in China in order to ready for a potential boom in EV sales. BMW, for example, revealed plans to boost output at its battery facility in Shenyang just months after opening it, while Daimler and BAIC announced that they would invest 5 billion yuan (US$770m) on the production of EVs and battery localisation in Beijing.

In October 2017, NEVS announced that it was working with the car-sharing and ride-hailing company DiDi Chuxing in order to develop an EV "fully optimised for the mobility services that DiDi is offering." However, reports from Swedish press have suggested that NEVS stopped developing the vehicle due to DiDi pulling out of the agreement.