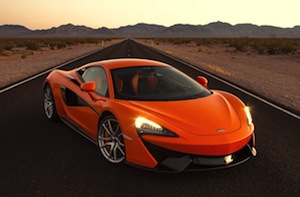 UK – The final stage of development comes before this autumn’s global roll-out of what the OEM describes as its “most attainable McLaren road-car project yet”. The 570S Coupe is the first model to be launched in the McLaren Sports Series, which will also include the 540C Coupe.

The McLaren Production Centre (MPC) at the OEM’s Production Centre in Woking has been prepared for the start of manufacture, with the installation of tooling for the new model. The latest phase of the Sports Series programme will “ensure the smooth transition of production methods already in place for the Super Series and Ultimate Series models with minimal disruption”, says the carmaker. The Sports Series will be integrated into the production line for the Super Series, “underlining the flexibility of the MPC”, states McLaren.

“The pre-production phase is one of the most important, and also one of the most demanding, in a product readiness phase at McLaren,”commented Andreas Bareis, executive director – quality at McLaren Automotive. “This final phase brings all testing together for the first time in a package that is representative of the cars our owners will be taking delivery of.” The Sports Series has so far covered 500,000km in tests on race circuits, roads and in harsh environments.

The full family is expected to be launched by the end of 2017, doubling McLaren’s annual volume.