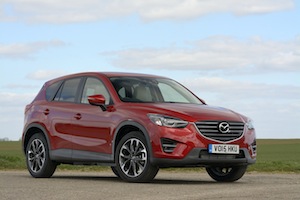 Japan – The milestone vehicle rolled off the assembly line at the end of April, less than three years after the start of production. According to its maker, only the Mazda3 has reached the 1m figure faster.

Mazda’s first-ever compact crossover was also the first production model with the complete range of SkyActiv technology and KODO: Soul of Motion design. Mazda says the CX-5 was Japan’s top-selling SUV in 2012 and 2013 and is also its most popular model in several European markets, including Germany.

“I am delighted to see the CX-5 reach the 1m-unit mark in only three years and five months,” commented Masashi Otsuka, CX-5 programme manager.