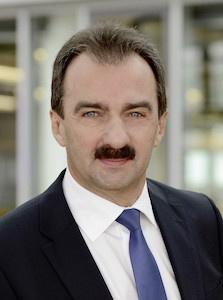 Germany – Taking over earlier this month, Albert Mayer is now plant director, responsible for all production and site-specific issues such as logistics, environmental protection and security. He has served Audi since 1979.

Mayer first worked as a clerk in the assembly and paintshop inspection department at Audi Ingolstadt. In April 1986, he became manager of vehicle final inspections. From 1992 to 1997, he was responsible for quality assurance in the press shop and bodyshop, and subsequently for production planning at Ingolstadt. In 2001, Mayer took charge of quality control at the plant, then from 2003 he held the same position at Neckarsulm, also in Germany.