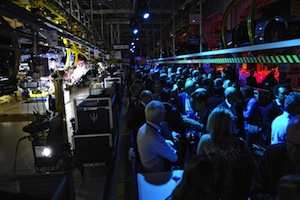 Italy – The event took place at the plant in Modena, which the OEM has occupied since moving from Bologna in 1939. While more than 200 vintage and modern Maseratis were brought to the site for the celebrations, the factory is currently producing the GranTurismo, GranCabrio and Alfa Romeo 4C.

“Of the many automobile producers born in Italy in the last century, only a few have reached such a milestone and this fills me with joy," declared Alfieri Maserati. His cousin, Carlo, added: “The longevity of this success is also due to the harmonious relationships within the family and to the extraordinary technical skills that, for example, allowed us to construct a racing car in just six months.”

Alfieri and Carlo are the sons of Ettore and Ernesto, who, together with their brother Alfieri, founded Società Anonima Officine Alfieri Maserati in December 2014.