Loth to head up VW Wolfsburg 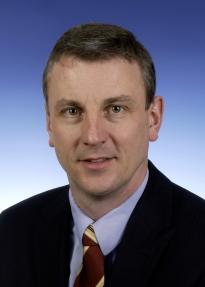 Germany – Replacing Jens Herrmann, who is retiring, Stefan Loth will become plant manager and head of vehicle production at Volkswagen’s key plant, effective from June 1. Loth will move from his current role as general manager of the FAW-VW plant in Chengdu, China.

In 2006, Loth joined VW Passenger Cars in Wolfsburg as head of the VW production system. After other VW management roles, he was given responsibility for the Seat plant in Martorell, Spain, in 2011. He took his current role at Chengdu in 2015. Loth began his career at Ford in 1997.

Herrmann arrived at VW in 1988. After serving in management roles at VW Passenger Cars and Seat, he took responsibility for vehicle assembly at Wolfsburg in 2006. He became production manager at the Emden plant, Germany, in 2008 and was appointed plant manager two years later. Herrmann assumed his current position at Wolfsburg in 2014.