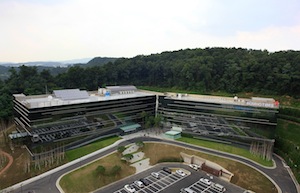 China/Japan – Discussions are underway about a start date for Kumho Tires to supply Yokohama with OE product later this year, plus the specifications and volumes required. The two companies already signed a memorandum of understanding in November 2013 for joint R&D of next-generation products.

Kumho says the new deal will allow it to increase the utilisation of its Chinese plants “at a time of industry-wide concern over America’s intention to impose anti-dumping duties on all tyres constructed in the People’s Republic”.

Recently announced plans will see Kumho relocating its Nanjing facilities by 2016. The company says its new premises will be equipped with the latest technology and equipment as well as being environmentally friendly. The factories will focus on producing high-end tyres, which Kumho believes will “aid its proactive response to the increasingly challenging market conditions”.