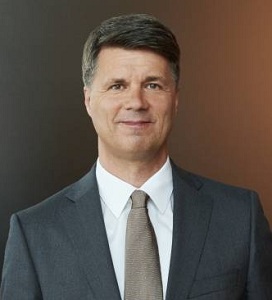 Krüger joined BMW in 1992, and the board of management in December 2008. He was head of HR until he assumed responsibility for Mini, Motorrad, Rolls-Royce and Aftersales in June 2012. He moved on to leading Production in April 2013.

The previous chairman of the supervisory board, Joachim Milberg, has now stepped down, having served the company in leadership positions for more than two decades. He joined BMW in 1993 as the board member with responsibility for Production and in February 1999 was appointed chairman of the board of management. He was elected to the supervisory board in May 2002 and served as chairman from May 2004. He will now play a role in BMW’s corporate social responsibility and charity activities.

In accordance with plans for a “generational” transition made public in December 2014, Oliver Zipse was announced as board of management member for Production in March this year. He now assumes that role with immediate effect. Zipse began his career with BMW in 1991 as a trainee and has since held various management positions, most recently serving as SVP of Corporate Planning and Product Strategy.

The AGM also re-elected Henning Kagermann to the supervisory board, as well as electing Simone Menne, member of the executive board of Deutsche Lufthansa. Long-standing supervisory board member Wolfgang Mayrhuber has now stepped down.