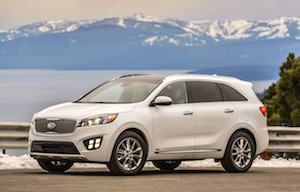 US – The white CUV was manufactured at Kia's West Point facility in Georgia seven-and-a-half years after a production launch for the model costing $1.1 billion. It will be on display at Hartsfield-Jackson International Airport in the next few weeks.

The Sorento was the first model made at Kia Motors Manufacturing Georgia (KMMG) plant but it was joined in 2011 by the Optima mid-size sedan. According to Kia, the establishment of its own plant and the local operations of suppliers have created 15,000 jobs in the area.

KMMG has turned out nearly 2.4m vehicles since production began in 2009.