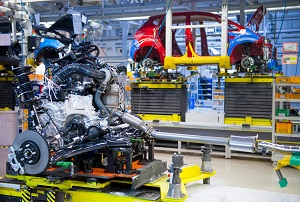 The majority of the vehicles produced were the Kia Sportage compact SUV, accounting for 55% of the total. A further 36% was taken by the cee’d family, incorporating hatchback, sportswagon and three-door versions; the Kia Venga made up the remaining 9%.

Petrol units accounted for more than 50% of engine output, including Kia’s 1.6-litre version (22%). Almost half the engines made at Žilina were delivered to Hyundai’s facility in the Czech Republic.

Thanking the Žilina team, Eek-Hee Lee, president and CEO of Kia Motors Slovakia, commented: “I am very proud we accomplished such amazing production results last year. At the same time, we were able to confirm our position as a leading manufacturing plant in the whole Hyundai Motor Group.”

He added: “I believe that this year, thanks to the new models that we will introduce to our customers, we will again be able to fully use our production capacity.”