As OEMs take their sustainability campaigns to the next level, AMS reports on three of those which have been recognised for their efforts by the US Environmental Protection Agency – Toyota, GM and Nissan 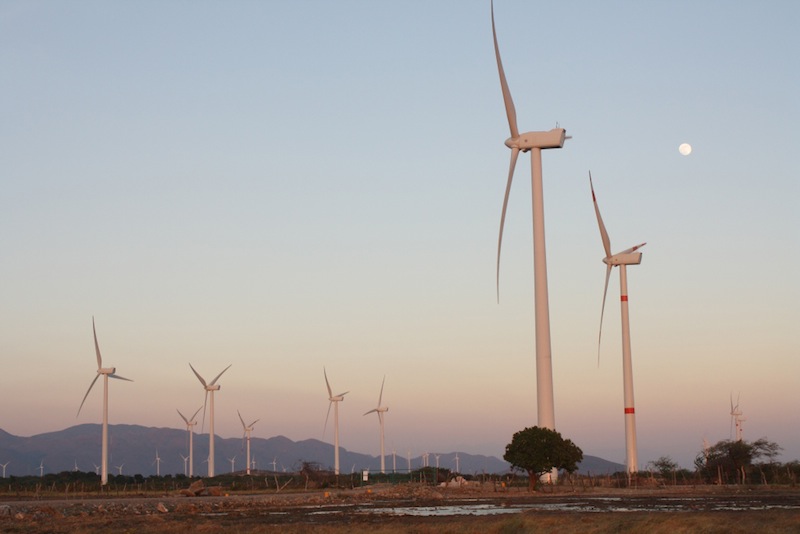 Toyota’s twin pioneers
The Japanese OEM has two model plants for sustainability and energy efficiency in North America: Blue Springs in Mississippi, which assembles the Corolla, and Huntsville in Alabama, which makes four-cylinder V6 and V8 engines. These two plants are focused on four distinct areas relating to the environment: performance, biodiversity, renewable energy and education.

“A good example of this focus [is] our solar project in Blue Springs,” says Victor Vanov, external affairs and corporate communications specialist at Toyota Motor Engineering and Manufacturing North America. “In April 2013, the site powered on a 50 kW solar array that solidified the plant’s commitment that in everything they do they will show consideration to the planet, while investigating and promoting systems and solutions that benefit society. It’s the fourth-largest solar array in the state.”

The use of geothermal wells to heat and cool areas of the plant is another innovative clean-energy initiative from the company. “In Mississippi it was cost effective, energy efficient and responsible to install a geothermal heat exchanger,” says Vanov. “This is especially true during the winter when the plant’s HVAC [heating, ventilation and air conditioning] is not being used to chill water. It was installed during construction of the plant in 2010 because it made more sense to do it then than retrofit it later on. Vehicle production then started in Autumn 2011. The geothermal unit reduces electricity usage by 1.5m kWh per year, which is equal to 56 average US homes.”

Other eco-friendly strategies at Mississippi include: waterless irrigation on the grounds; an advanced recycling programme in which waste is divided into compostable and non-compostable categories; a special paint system with low-pressure, atomised water instead of steam; and chilled water to cool the plant, reducing electricity and gas use.

Several OEMs use solar power, such as Ford in Michigan
At Huntsville, Toyota has earned its second US Environmental Protection Agency (EPA) Energy Star Challenge for Industry Award for reducing energy use by 14% per unit produced in a single year. One contributing factor was the installation of nine cooling towers, the first having been built in 2002. These towers are saving the site 300,000 gallons of water a year by reusing compressor condensate water in the cooling tower.

Vanov explains how it works: “Compressed air is generated and dried at the plant seven days a week. As the air is processed, condensation forms. Instead of discharging the condensation as wastewater, it is now redirected to the cooling tower for reuse. A cooling tower was the best and most cost-effective solution because the plant uses lots of water to produce four-cylinder V6 and V8 engines.” Furthermore, the Huntsville plant has not sent any manufacturing waste to landfill since operations began in 2003.

According to Vanov, the positive results are wide-ranging. “They help standardise environmental activities across Toyota in North America, and they support best practices that can be rolled out to our other manufacturing plants across the country,” he explains. “They also promote environmental culture throughout the entire company – we want our team members to think about better ways to be environmentally conscious at work and about how they can bring ideas homes at night, for example save water, reduce electricity use, reduce waste, etc. The fourth benefit is that they promote environmental culture into their local communities by sharing best practices with citizens, local municipalities or governments and even other companies.”

“We want our team members to think about better ways to be environmentally conscious at work and about how they can bring ideas homes at night”
– Victor Vanov, Toyota

These measures in Mississippi and Alabama, plus energy-efficiency efforts at 12 other North American manufacturing plants, have allowed Toyota to reduce total energy use across the country by 35% per vehicle produced, the equivalent of 14 billion kWh. They have also helped to cut CO2 emissions by 40% per vehicle by eliminating the use of electricity and natural gas where possible. Toyota has also been recognised by the EPA as one of its Energy Star Partners of the Year for Sustained Excellence in Energy Management for an 11th consecutive year – the most for any automotive manufacturer.

Biogas, solar & wind power at GM
Like Toyota, General Motors has been recognised by the EPA with a 2015 Energy Star Partner of the Year award for Energy Management. Two of the plants which have helped the OEM to achieve this are Fort Wayne and Lordstown in Indiana and Ohio respectively. Fort Wayne assembly plant has been ranked number five in the EPA’s top 30 generators of onsite green power; the facility has been generating renewable energy from methane captured from decomposing rubbish in a nearby landfill for the last 13 years. This powers almost 45% of the site’s electricity.

“In 2014, we moved the process of using landfill gas to produce electricity onsite so we could increase our reliance on this,” says Al Hildreth, GM’s global energy manager. “Not only are we able to generate 53m kWh of clean energy per year, but we are also making significant cost savings as well. As well as using landfill gas, we also reuse, convert or recycle all the energy we use daily, meaning we don’t waste anything and have achieved landfill-free status at the plant.” He adds: “Other projects we are running to improve energy efficiency include ones to optimise heating, ventilation and air in our buildings, as well as better controls on our machines – powering them down when not in use, for example.”

At Lordstown, GM installed a 2.2MW, ground-mounted solar array with more than 8,500 solar panels in late 2014. The energy generated from the array powers around 1.5% of the plant and saves 1,993 tons of CO2 emissions. “The array can be seen from the Ohio Turnpike and is our largest solar installation in the Western Hemisphere,” says Hildreth. “Aside from the solar array – which is of immense significance – we are also replacing our old, inefficient lights in the buildings and replacing them with LEDs. These are the kind of projects that we are tracking and evaluating and, if successful, the company [will] provide more assistance and funds to these sites to carry on the work.”

Meanwhile, in February this year, GM announced that it would use wind power to feed its manufacturing operations for the first time, by making use of a new wind farm being developed by Enel Green Power at Palo Alto in Aguascalientes, Mexico. Construction of the wind farm began in the second quarter of 2015 and when completed will provide GM with 34MW of wind power, equivalent to 17 turbines. 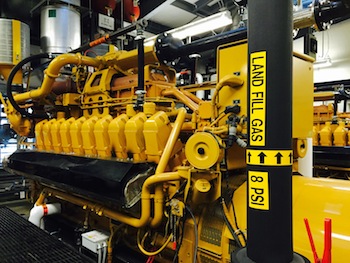 GM Fort Wayne generates clean energy from landfill gas
The energy will supply its plants at Toluca, Silao, San Luis Potosí and Ramos Arizpe, with 75% going to Toluca, which will become the company’s largest user of renewable energy. The green power will help these facilities to save 40,000 tons of CO2 per annum. Currently, GM’s renewable energy use – from solar, landfill gas and waste to energy – totals 104MW against a target of 125MW by 2020. The new wind farm will raise the OEM’s renewable energy use as a proportion of total energy consumption from 9% to 12% in North America.

Nissan leads the way in Mexico
While Nissan has also been awarded Partner of the Year for Energy Management by the EPA, it has made significant environmental success outside the US at its Aguascalientes A1 plant in Mexico, where it has now assembled more than 500,000 units using clean energy. This is more than any other automotive manufacturing site in the country and it is also the first Renault-Nissan Alliance plant to achieve this goal. Some of the vehicles that have been assembled using clean energy are the Versa, Note, Sentra and March.

Three years ago, A1 became the first automotive plant in Mexico and the Renault-Nissan Alliance to use energy from biogas. The methane that supplies the A1 plant comes from organic landfill at a site nearby and provides 5% of the plant's electricity. The factory also began using wind power in 2013, supplied by a wind farm in the state of Oaxaca. This produces enough energy to power 45% of Nissan’s operations at the site. With 298,813MWh of renewable energy being produced from biogas and wind power, A1 has to date avoided the indirect emission of 152,800 tons of CO2 into the atmosphere. A total of 57,400 vehicles have been assembled using energy from biogas and about 460,000 vehicles using wind power.

Aside from the Aguascalientes facility, Nissan has also introduced natural gas to power the operations at its CIVAC plant in Morelos state. Beginning in January 2014, this project has so far avoided the release of 2,960 tons of CO2. Furthermore, Nissan is planning to extend its sustainability efforts by introducing renewable energy into the manufacturing processes at its Aguascalientes 2 plant, and across its supply chain.

Where else the grass is greener