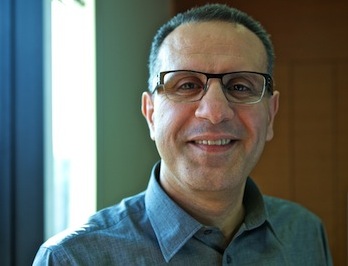 The managing director of RNTBCI talks economical engineering with AMS

‘Frugal engineering’. It’s a phrase you hear a lot at the joint Renault-Nissan technical centre in India, the only one within the Alliance to serve both brands, and now also the newly resurrected Datsun.

But ‘frugal engineering’ is not a polite phrase to disguise that things are done on the cheap; as an example, the Indian-market Duster underwent 30 modifications to make it suitable for local buyers. Renault prefers to regard the strategy as ‘doing more for less’ to control costs and the use of resources in a market where the volume is currently for cars priced at the equivalent of €3,500 ($4,800).

“This is the Alliance technical centre for frugal engineering,” says the managing director of the Renault-Nissan Technology and Business Centre Private (RNTBCI), Karim Mikkiche. “Our aim is to satisfy high-growth markets, to understand their needs and to engineer the right concepts for them.”

He continues: “We are the main centre for entry-level vehicles which can tap the potential of the Indian market. Our job is to create attractive products which are top three for quality [in India] and to bring them to market quickly at competitive cost.”

Since last year, the centre near Chennai has also housed one of two offices for Renault Design India (the other being in Mumbai). It is half an hour by road from the Renault-Nissan production facility at Oragadam and close to Chennai International Airport.

“We are aiming for 71% local content by 2015” – Karim Mikkiche, Renault-Nissan Allliance

“We are in the middle of the automotive hub of India,” says Mikkiche. “There is a good local supply base, with more than 50 suppliers nearby. We are close to the plant, the port and the airport and there is a local talent pool in IT at Anna University.”

RNTBCI was established in 2007 with a workforce of 1,000, which has now grown to almost 4,500, two-thirds in engineering and the rest divided between business, finance and IT. The average age of an employee is 29 and seven out of 10 are graduates. Interestingly, 12% are women – a far higher proportion than in the rest of the auto industry in India. Training averages 160 hours per person per year.

The centre’s main objectives are to adapt products for premium positioning in the Indian market, to ensure that quality matches other Alliance plants and to design to cost – the ‘frugal engineering’ or, in Hindi, jugaard (the ability to turn adversity into an opportunity, improvise solutions to problems and innovate).

Mikkiche emphasises the need to “localise and adapt for India” throughout the activities of the centre. “We need to understand the market, the customer and the competitior,” he says. “This is a unique environment because of the climate, the roads, the traffic and the flooding in the monsoon season. In India, the car is a status symbol and regarded as an asset. But we have to work to time and budgets with no compromise in quality or performance, and the targets are tight.”

Polishing up the Duster for India
A good example of the work accomplished by RNTBCI is the Indian-market Duster. “Exterior design is the number one priority for Indian customers,” explains Mikkiche. As a result, changes have been made to the grille, tail lamps and badging.

Inside, the door grab handles have been modified, the air vents are chromed, the bonnet release has been switched to the right and there is a softer horn pad, since Indian drivers use the horn habitually to warn of their presence rather than as act of aggression. The seats, cupholders, parcel shelf, window switches and storage systems have also been localised, and there is a separate air conditioning unit for the rear of the car. Overall, the focus has been switched from fast driving in Europe to ease of driving in India.

The Duster’s K9k 1.5-litre turbodiesel engine has also been extensively modified for Indian conditions. It has a lighter oil pan that is cheaper to produce, best-in-class fuel economy and better protection against the effects of the monsoon floods, which are often bonnet-deep. The changes are mainly to suit the capabilities and materials of local suppliers.

“We are aiming for 71% local content by 2015,” explains Mikkiche. “Today it is 60%, but we want to localise more and more.” He says the engineering department is aware of the capability of Indian suppliers.

According to Mikkiche, “The safety standards in the body structure are the same as anywhere else in the world, but we don’t put airbags on as standard." The only differences are in the equipment.

“We used to get involved only at the last stage [of development],” he explains, “but we now start at the beginning and support each stage. With the new CMF-A platform [for new Renault and Nissan A-segment cars later this year] we will do it from here."

Mikkiche adds: "We are working continuously to give to the brands what they need to succeed in the market.”