Kössler to represent Production on Audi board 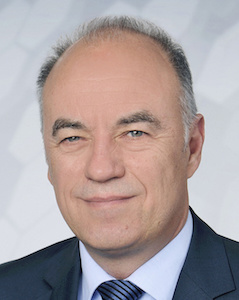 Germany – Among three other appointments to the board of management, Peter Kössler will become the member for Production and Logistics in place of Hubert Waltl, who has occupied the position since 2014. Kössler was most recently chairman of the board at Audi Hungaria.

From 2007 to 2015, Kössler was director of Audi’s main plant, Ingolstadt in Germany. He was responsible for all production areas plus plant logistics, environmental protection and security. Before that, he looked after the OEM’s press shops, as head of the Ingolstadt facility from 2002 then as head of the entire division two years later following the consolidation of all Audi press shops worldwide. Previously, he held various positions in Production Planning.

In addition to Kössler’s appointment, Alexander Seitz will succeed Axel Strotbek as board member for Finance, IT and Integrity; Bram Schot will take over from Dietmar Voggenreiter for Marketing and Sales; and Wendelin Göbel will replace Thomas Sigi for HR and Organisation.

The appointments are effective from September 1.