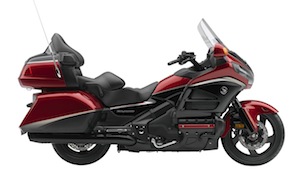 India – Both the car and motorcycle divisions will increase their production in line with expected future growth within the market. Honda Cars India Limited (HCIL) will extend its second plant in the country, while Honda Motorcycle & Scooter India Limited (HMSI) will expand its third site.

HCIL’s Takupura plant in Rajasthan, which launched in February last year with an annual capacity of 120,000 units, will receive a 3.8 billion rupee ($61m) investment to make additions including an extended assembly line. The capacity will grow by 60,000 units and the workforce by 600 personnel. These changes are scheduled for 2016.

Located at Narsapura in Karnataka, HMSI’s third plant became operational in June 2013 with an annual capacity of 1.8m units. An investment of 5.85 billion rupees will enable the construction of another production line to be launched in 2016, raising capacity by 600,000 units and turning Narsapura into Honda’s largest motorcycle assembly plant worldwide. The workforce will increase by 1,900 individuals.

A fourth HMSI plan is due to come on stream in 2016, at which point the company’s total annual capacity will be 6.4m units.