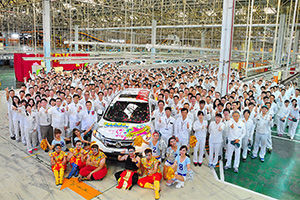 Taiwan – The milestone vehicle was a CR-V SUV, which rolled off the assembly line 13-and-a-half years after production began at the plant. Honda Pingtung reached a cumulative output of 200,000 units in May 2012.