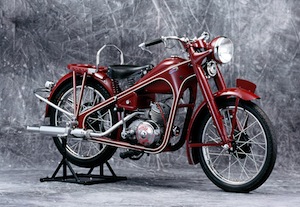 Japan – After 65 years of manufacturing, the OEM produced its 300 millionth motorcycle, a Honda Gold Wing, at its Kumamoto Factory. Honda will celebrate the 40th anniversary of this model next year.

Honda began mass production of motorcycles in Japan in 1949, with the Honda 98cc Dream Type-D. The launch of the Honda 50 or ‘Super Cub’ in 1958 paved the way for the OEM’s expansion into the US in 1959 and Canada in 1969. To date, almost 90m Super Clubs have been sold worldwide.

In the 1960s, rising sales led to the establishment of Honda of America Manufacturing and the company’s first US production facility, the Marysville Motorcycle Plant in Ohio. The factory opened in 1979 and made both motorcycles and all-terrain vehicles (ATVs) until 2009. ATV production has now transferred to Honda of South Carolina Manufacturing (HSC) in Timmonsville.