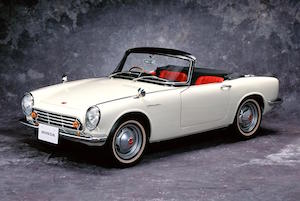 Japan – The company reached this cumulative total after starting automotive production in 1963 with the T360 mini-truck and the S500 sports car. Honda built its first dedicated plant one year later and now has 34 such facilities on five continents.

Honda’s original automotive factory, at Sayama City in Saitama Prefecture, later started making the S600 roadster. Then in 1969, Honda began production of the N600 and TN360 by component kits in Taiwan, its first overseas location for automotive manufacturing. It started producing the Accord in the US in 1982, the UK in 1992 and Mexico in 1995.