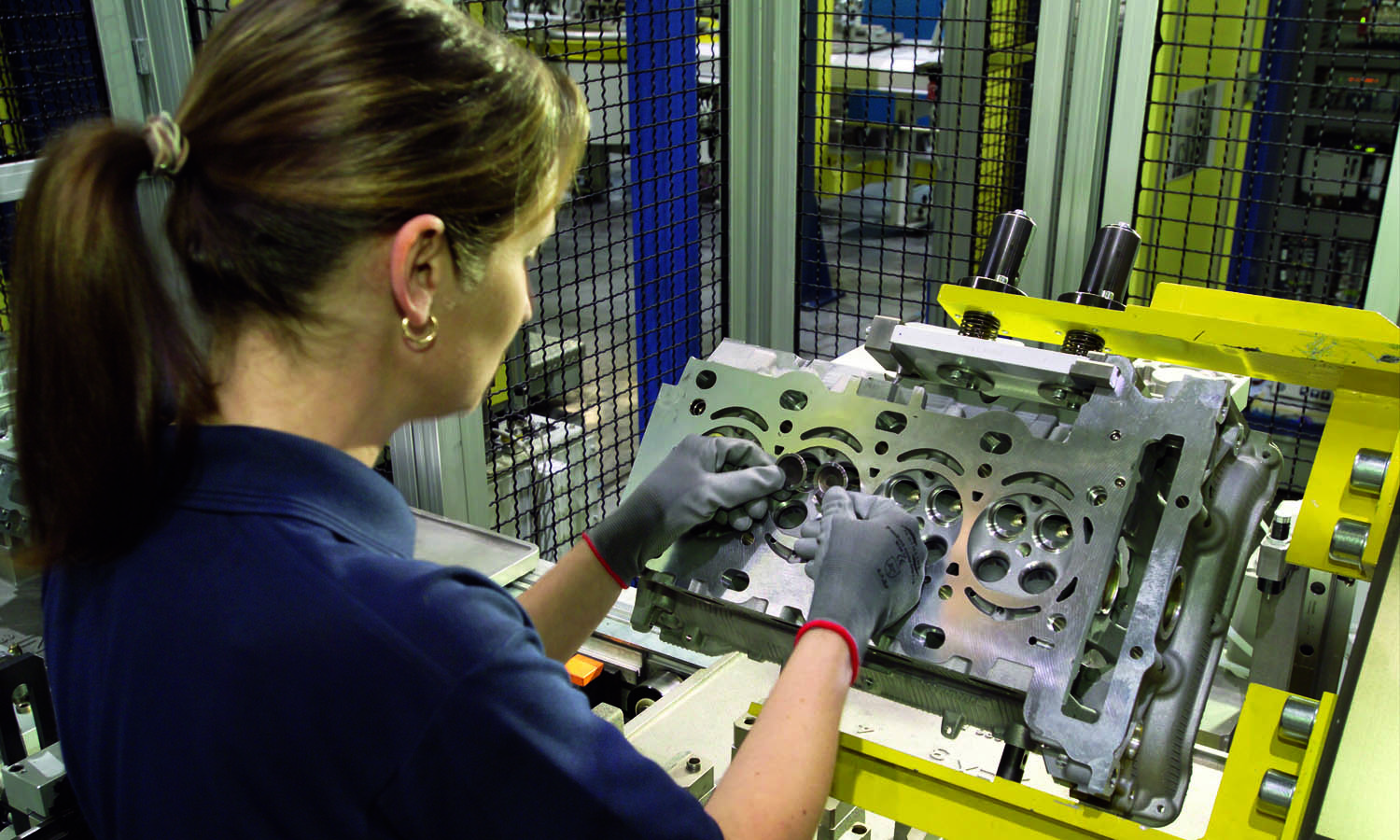 While automotive OEMs and tier suppliers have not been subjected to such intense global scrutiny as that endured recently by the clothing industry following several fatal incidents in low-cost manufacturing locations such as Bangladesh, worker safety is nonetheless an important consideration. Perhaps because heavy engineering presents obviously greater safety challenges than those of garment manufacturing, automotive OEMs tend to already have robust internal safety policies and when potential tier suppliers are sought, strategic synergies are considered vital; the OEMs expect other businesses’ health and safety records to match their own.

Indeed, it is essential to avoid introducing knee-jerk safety policies to gain a lucrative contract, ward off potential lawsuits, or limit negative PR. While almost all manufacturing activities involve a degree of risk, work-related injuries, stress and long-term health problems should not be considered inevitable; they need to be treated as preventable. Policies must be not only comprehensive and cohesive but proactively implemented, since noting a potential hazard is pointless unless the findings of a risk assessment are translated into action.

This was the basis upon which General Motors UK was fined £150,000 last August, when it was criticised for failing to ensure the safety of its employees and not preventing access to dangerous machinery. The charges were brought after one of the longest-serving employees at Vauxhall Ellesmere Port suffered fatal injuries as he tried to free bodyshell skids that had become jammed within the paint unit. As they were released, the conveyor suddenly restarted and the worker became trapped between two metal frames. The jury at Liverpool Crown Court heard evidence that workers were in the habit of gaining access to skids that were stuck by using an unofficial doorway which did not cut the power supply. Although a risk assessment had been carried out a decade prior to the incident, and the danger noted, no further action had been taken.

Sticking to the rules

Even when safety systems are properly installed, incidents can occur when these are regarded as a hindrance and are bypassed. In May 2008, when a worker repaired a robot at Dura Automotive Body and Glass Systems, in Birmingham, UK, he chose to verify the operating cycle of the machine from within the guarded area instead of behind it. The robot struck his throat and his injuries were severe enough to prevent him from returning to work. The company responded by installing viewing panels into the shielding and improving supervision procedures, but the incident still cost the company £50,000 after it was found guilty of breaching Section 2(1) of the Health and Safety at Work Act 1974 and Regulation 3(1) of the Management of Health and Safety at Work Regulations 1999.

As closer integration between humans and robots becomes more common, equipment suppliers are having to integrate more sophisticated safety systems into their ‘collaborative robots’, replacing physical barriers with pressure sensors that stop the movement of the machine should human contact be detected. For example, ABB Robotics’ SafeMove technology offers such flexible protection, whereby the robot scans its surroundings for human actions and slows down or stops when necessary. Volkswagen’s Salzgitter plant in Germany employs this type of safety-conscious hardware.

While developments in training, procedures and machinery have all contributed greatly to making manufacturing a safer place in which to work, tighter environmental legislation has also played a part. Automotive paint coatings, for example, have seen either heavy reductions in, or complete removal of, noxious ingredients including heavy metals, solvents and volatile organic compounds (VOCs). Metal-cutting coolants and lubricants have also been redeveloped, one example being Rhenus FU 60, which is free from chlorine, boric acid and even mineral oil (the latter having been linked to skin cancer).

Despite these recent improvements, a long-established OEM or tier supplier might still be open to claims for recompense from former employees suffering from chronic illness as a result of their work in an era when health and safety procedures were less rigorous. Even if corporate negligence is not a factor, the cost of meeting such claims could be significant enough to affect a company’s financial health, and this unquantifiable risk is recognised in many OEMs’ annual reports.
Workers feel the heat in Chennai

Although studies on the physiological consequences of working in hot and humid conditions have been carried out previously, there is a paucity of research in tropical countries, where factory conditions are directly influenced by ambient temperatures. With negligible monitoring being carried out by companies within southern India, the Department of Environmental Health Engineering at Sri Ramachandra University conducted a four-year study involving over 400 heat stress measurements in eight factories belonging to either OEMs or tier suppliers.

At the time of the study, efforts to reduce workplace temperatures were minimal and findings showed that 28% of the sampled workers were at risk of suffering discomfort and health damage through excessive heat. Recommendations emerging from the research included: adding extra windows to improve cross-ventilation in stamping and bodyshop operations; providing milk and lime juice during the hot season; thermo-insulating paint spray booths; increasing the number of rest breaks; and installing air conditioning units in storage facilities.

Although the university has not confirmed whether implementing these recommendations had a noticeable impact, it has cited greater worker health, a lower accident rate, enhanced motivation and better worker cohesion, as the primary advantages of these measures.

As climate change is predicted to exacerbate difficult environmental conditions in the future, companies would do well to take note of such findings.

Consideration & communication
Gradually, manufacturers are coming to appreciate that maximum worker safety and wellbeing are achieved by building these considerations into the design of a production system, rather than adding special procedures as afterthoughts to satisfy minimum statutory demands.

Involving employees in safety policy also pays dividends, particularly in terms of their attitude towards their working environment. When Nissan Manufacturing UK did so during an attempt to achieve a zero accident target, it found that absenteeism fell by 1.3% and staff reported being both happier and healthier. Such results mirrored findings made decades earlier at Volvo’s assembly plant in Kelmar, Sweden, which was opened in the mid-1970s. By reducing the number of repetitive tasks and using technology that allowed its employees to work in more natural and comfortable positions, the OEM discovered corresponding decreases in short and long-term injuries, higher motivation and fewer absentees. When that plant closed in 1994, it was judged to have succeeded in addressing the poor labour relations that plagued OEM plants at the time of its inauguration.

In many Western companies, safety policies have evolved not just to prevent physical harm but also to minimise long-term mental health risks. With a view to catering to such needs, Ferrari’s Maranello plant in Italy introduced free foreign language courses, a creativity club, fitness programmes and free medical checks for its workers. Other OEMs have now adopted similar practices, including JLR’s UK assembly plants. Within this risk category, work stress is seen as the latest health-and-safety threat and in April this year the European Agency for Safety and Health at Work (EU-OSHA) launched a two-year initiative to help companies to manage this growing problem.

While smaller suppliers and contractors might not have the resources to implement the impressive facilities of a premium OEM such as Ferrari, they do need to make sure that their employees are trained to the health-and-safety levels expected by their clients. When two contract workers were killed within 18 months at Nissan’s assembly plant at Smyrna, Tennessee, the OEM addressed the safety failings by not only implementing further audits of its on-site contractors but also by introducing mandatory weekly safety briefings led by Nissan’s own personnel.

Consistency across borders
With factories situated around the globe, OEMs tend to adopt their own interpretation of safety which goes above and beyond regional legislation as they seek to implement a consistent policy across all plants. For example, Fiat has established its World Class Manufacturing (WCM) production system across all of its assembly sites, promoting a continuous improvement philosophy with regard to safety. Meanwhile, the Volkswagen Group hosts an in-house competition and awards an annual Occupational Safety Cup for its European operations as well as using a central database to roll out enhancements to safety procedures across its 106 production plants worldwide. 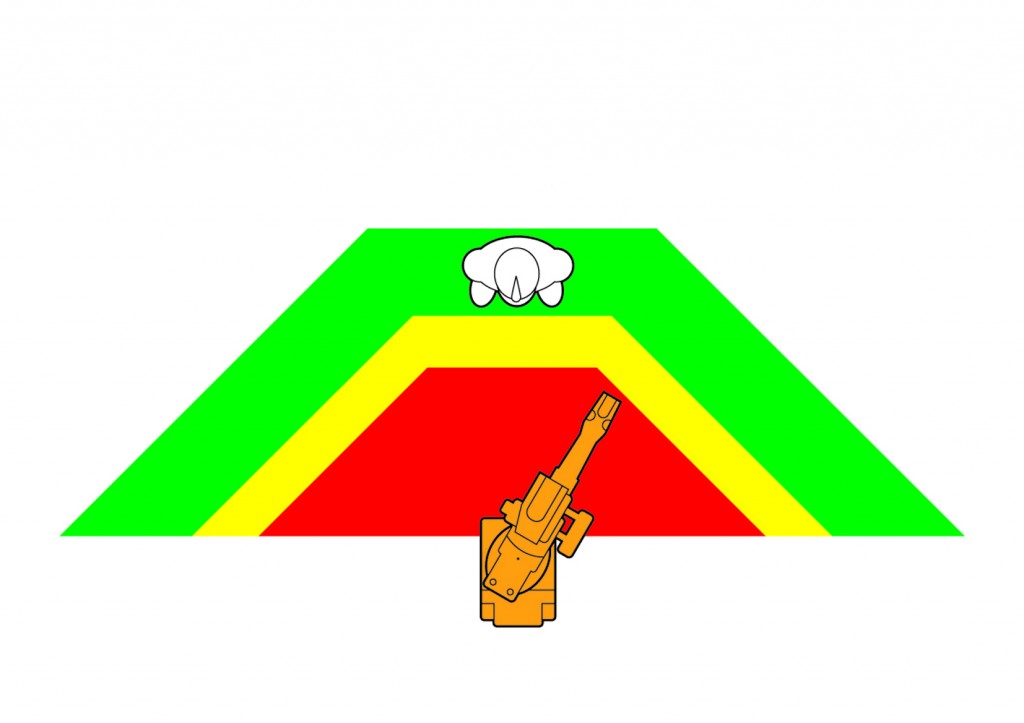 However, OEMs searching for tier suppliers face difficulties in establishing whether the safety certificates issued in one country equate to the same standards as others. In some cases, the certificates might be awarded by untrustworthy organisations. National accreditation bodies are listed online by the International Accreditation Forum, but in countries outside Europe there can be more than one such body, all of which are ultimately regulated by government; here the risk is greater because politically unstable regions are more likely to have illegitimate national accreditation bodies, endorsing bogus certification organisations.

Clearly, legislative requirements do vary between regions, but there are some widely recognised benchmarks such as the OHSAS 18001 (Occupational Health and Safety Management Systems). The standard will be replaced by ISO 45001, in 2016, which is intended to further reduce accidents, save lives and enhance employee morale.

However, establishing a safe and healthy working environment is about more than following rules and regulations in a specific context. As worker safety improves, particularly as the automotive manufacturing industry becomes increasingly globalised, companies are beginning to appreciate that acting in the direct interests of employees brings quality, productivity and even cost benefits, as well as a more harmonious and positive working environment.
Setco staff breathe more easily

After three decades of designing, manufacturing and distributing commercial vehicle (CV) clutches, Setco Automotive UK realised that placing health-and-safety at the centre of an overhaul of its factory procedures would be crucial both to enhancing employee wellbeing and advancing its business. The company has indeed seen impressive results: one year before gaining OHSAS 18001 certification, ten incidents required in-house medical attention; in the ensuing twelve months, the First Aid box was left untouched. The revised procedures will be important for securing new OEM business, building on existing supply contracts with Renault Trucks and PACCAR among others.

“Employee safety and welfare is always evolving and does not stop with certification,” says Matthew Kershaw, Setco’s operations manager. Good communication is essential: “All of our associates, from those on the factory floor to the management, realise that safety is a shared responsibility and we have witnessed colleagues feeling empowered to input on how their working environments could be improved even further.” 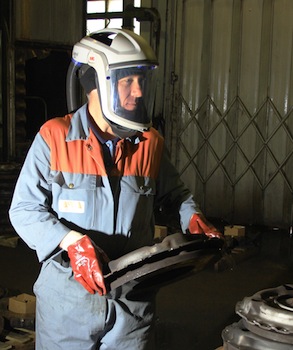 After a routine risk assessment identified that operators at the raw material handling stage of the production process needed breathing masks to offer extra protection against non-toxic airborne dust, Setco supplied them. However, one employee found that the face mask was uncomfortable when worn for extended periods. After relating his concerns to a designated health-and-safety liaison, new masks were trialled – but the discomfort remained. This feedback was directed through to the purchasing department, which contacted an external supplier that suggested trying a new respirator with pumped and filtered air.

“The experiment was a success,” reports Kershaw. “Not only did the new equipment reduce the risk of dust inhalation even further but the operator was also more comfortable and happier in his work. We even noticed a direct improvement in productivity, since the change was implemented, which was not the original motivation.” Since then, the same type of mask has been implemented in other stages of Setco’s manufacturing process.