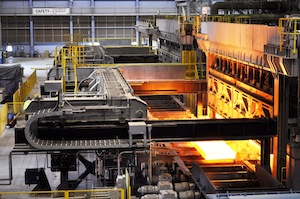 Tariffs on steel imports, NAFTA renegotiation and the return to sanctions on Iran have been at the centre of recent policy actions by the US president; the implications for the auto industry are potentially severe but how things will develop are far from clear.

The decision to impose tariffs on steel imports is directed at the Chinese, but has hit other countries too, even if the Europeans have received temporary exemptions from tariffs. The US’s imposition of tariffs comes at a time when the Chinese have signalled they will reduce tariffs and remove the requirement for local companies to have at least a 50% stake in local manufacturing operations by 2022. So far, the Chinese have been muted in their response although there have been reports that US vehicle imports – from Ford, and the US plants of BMW and Mercedes – have been held at Chinese ports for extra checks. Ostensibly emissions are said to be the reason, but the development of such trade frictions at the border are just one of the means at the Chinese’s disposal to send a message back to Washington. The UK’s Brexit negotiators should also take note.

In the meantime, President Trump’s decision to withdraw the US from the agreement with Iran on its nuclear programme is causing some concern in France over the investments which PSA and Renault have been making in the country. The French companies were the first back into Iran when sanctions were lifted in 2015 and are looking at developing production of over half a million vehicles each in Iran in the medium term. At this stage it is not clear what direct impact the change in US policy will have on France, or the vehicle French companies in particular – neither company has any significant presence in the US, although Renault does indirectly through its Nissan shareholding and alliance. The French government has specifically asked that US sanctions do not apply to French interests in Iran but whether this request will have any effect is an open question.

And while all that is going on, the US continues to agitate for a renegotiation of NAFTA, another policy which President Trump’s sees as running counter to the US’s interests. Detailed discussions are now taking place regarding raising US content for vehicles made in Mexico, particularly what can be classified as US content, to avoid the imposition of tariffs. However, with major investments having been made in the Mexico in both vehicle plants and supply chains, the car companies may decide to bear any tariffs which could be imposed rather than have to close plants and move production back into the US with all the attendant costs that would involve. Some reports have suggested that tariffs may only work out at around US$800-900 per vehicle, which may well be something the vehicle companies could live with.

For Trump what matters is bringing jobs back to the US, so Fiat Chrysler CEO, Sergio Marchionne, received special praise from the president in an industry meeting in Washington – this is on the back of FCA’s decision to move production of heavy duty trucks form Mexico to Michigan, albeit not until 2020. By that time, of course, a new president could well be in or on the way into the White House, with the current President’s policies consigned to history in a short while