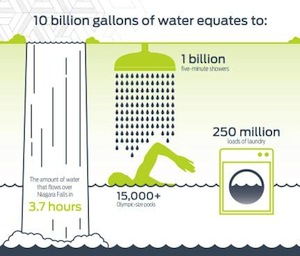 US – The OEM was mentioned in the ‘Michigan Blue Economy’ report by the Michigan Economic Center at Prima Civitas and the Grand River Valley State University Annis Water Resources Institute. The document notes that Ford has cut water use across its operations since 2000, ranging from cooling towers to paintshops.

The report also acknowledged that: Ford was named Best Global Green Brand by Interbrand in 2014; since 2000, the vehicle-maker has reduced its global water use by 61% or 10 billion gallons; and the total volume of water used at Ford facilities worldwide has dropped from 64m to 25m cubic metres per year.