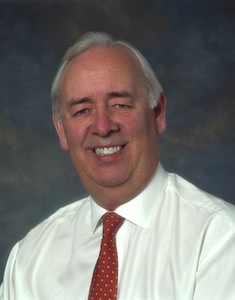 US – The vehicle-maker announced the death today of its former president and chief operating officer, who retired in 2005 after a career which lasted over 38 years. He led Ford from 2001.

British-born Scheele joined the OEM in 1966 and served in several roles at its European operations before moving to the US in 1978. A decade later, he became president of Ford Mexico, directing the company’s manufacturing and marketing operations. He was chairman for Ford of Europe from 2000-2001, and group vice-president, Ford North America, from 2001. Scheele was also chairman and CEO of Jaguar Cars between 1992 and 1999. After retiring from Ford, he held leadership roles at a number of other companies.

“Nick Scheele was an outstanding leader whose global experience and passion for our products served Ford Motor Company at a critical time,” commented executive chairman Bill Ford. “Not only did Nick help us overcome many challenges at the time, he mended relationships with our dealers, our suppliers and our employees, and set the stage for many of today’s leaders who are moving us forward.”