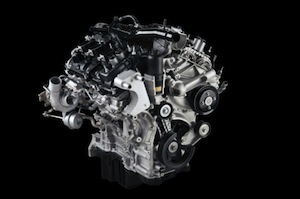 US – The vehicle-maker is upgrading its facility in Lima to support production of the new 2.7-litre EcoBoost engine for the 2015 F-150; the workforce will also be increased by 300 from the current 900.

The new investment follows the previous announcement this month that early next year Ford will shift production of the F-650/F-750 medium-duty trucks from Mexico to its Ohio Assembly Plant. The $500m will be spent on establishing a flexible engine assembly system, plus the renovation of 700,000 sq. ft of the facility for machining and assembly functions.

At present, Lima makes the 3.5-litre and 3.7-litre Duratec V6 engines for Ford models such as the Edge and Explorer utility vehicles, the Lincoln MKX crossover, the MKT utility and the MKZ sedan.