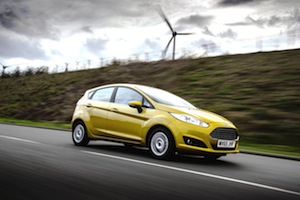 UK – The company says it is on track to achieve a 25% reduction in energy use per vehicle produced in comparison with 2011 levels, following £20m of investments to target waste. Ford says its European plants will now be saving 800GWh per year, or a similar amount to the energy consumed by a city with a population of 170,000.

The Ford Production System now includes an energy management system which is deployed throughout the company’s European manufacturing facilities. Consequently, plants such as Cologne and Saarlouis in Germany have achieved ISO 50001 status for energy management and efficiency. Both facilities have implemented a system which recovers heat from the paint oven exhaust stacks and reuses it for district water heating; at Cologne this has delivered 16GWh since start-up in 2013. The system is also due to enter operation at Valencia, Spain.

A second heat recovery project has been implemented at Cologne to use the low-grade heat which is normally exhausted from the paint spray booths. Heat pump technology, combined with residual energy from paint oven exhaust recovery, converts low-grade heat to useful heat which is re-introduced at the fresh air intake to offset the gas burners. Ford expects this project to deliver full-year energy savings of 50GWh.

Richard Douthwaite, manager, Energy Management, Ford of Europe, comments: “Recycling waste heat from factory paint ovens is just one of the creative ways we are reducing energy demand, helping us to lower the environmental impact of our manufacturing facilities around the world.” For example, the OEM is switching to low-energy LED lighting at its production sites, with over 25,000 such fixtures installed last year around the world. In addition, Ford is rolling out the installation of an automated heating control and ventilation system which can be remotely altered or switched off in areas of the plant which are not in use.

Ford has also introduced renewable energy sources at its Dagenham and Bridgend plants in the UK. At the former, three wind turbines power the engine production at the Ford Dagenham Diesel Centre; the latter uses a wind turbine and solar energy.