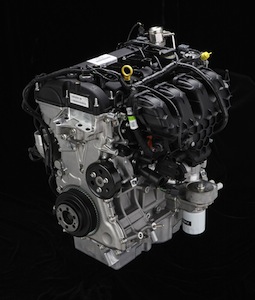 US – The production launch at the OEM’s Ohio plant of the twin-scroll, 2.0-litre and 2.3-litre versions marks the first time the engines have been made in America. They are for the North American market.

Manufacture of twin-scroll, 2.0-litre and 2.3-litre engines for North America previously took place in Valencia, Spain, but in 2013 Ford invested $200m to achieve regional production. Valencia is now the exclusive production location for the 2.0-litre version for European vehicles. However, the Spanish site will continue to machine components for both versions in support of North American assembly.

The 2.0-litre engine is available for the new Ford Edge, which launches this quarter, while the 2.3-litre version powers the new Ford Mustang, Ford Explorer and Lincoln MKC.