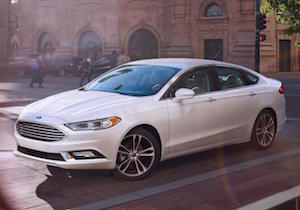 China – The joint venture will produce the plug-in hybrid from next year, alongside the Mondeo Hybrid which went on sale in November 2016. Ford added that it will introduce a new, fully electric small SUV as part of its “China electrification plan”, which will also see electrified powertrains produced locally by 2020.

The Mondeo Energi, due to be launched in early 2018, will be the first plug-in hybrid manufactured by Changan Ford. The car, with an electric drive range of 50km, will be produced at Chongqing, which already makes the Mondeo Hybrid. Ford says the planned SUV, with an estimated range of 450km, will be introduced within five years and sold in North American and European markets as well as China.

“The time is right for Ford to expand our EV [electric vehicle] line-up and investments in China,” said Mark Fields, president and CEO, Ford Motor Company, adding that the company is “prioritising our electrification efforts on China to reflect its importance as a global electrified vehicle market”.

Ford is aiming to offer a comprehensive range of electrified vehicles by 2025, encompassing hybrids, plug-in hybrids and battery-powered electric vehicles. The plan is for 70% of the OEM’s nameplates to have electrified powertrain options by this date, including all the models made by Changan Ford.

A new “energy vehicle” team in Nanjing will assist Ford’s global efforts to push forward next-generation EV technologies as well as leading the development of unique components for vehicles launched in China, such as the charge cord and port. Nanjing will be responsible for the localisation of key EV systems including the battery, battery-pack assembly and powertrain controls validation and calibration, plus homologation certification.

The vehicle-maker says it will announce further details of its electrification strategy at a special event in Shanghai on April 8.