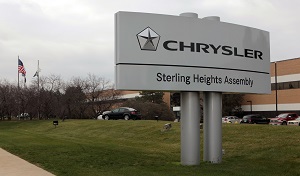 US – The company says its investment in three new press lines will upgrade the 50-year-old facility to meet increased demand. The new lines are currently being installed and are expected to begin production in the fourth quarter of 2015, supplying seven plants in the US, Canada and Mexico. They are due to reach full volume in the first half of 2016.

“In response to the increased demand for our products, it was crucial to make an investment where the manufacturing process starts,” said Brian Harlow, vice-president Manufacturing, FCA – North America. “As the company’s second stamping plant investment in a year, this funding will allow the Sterling Stamping Plant to maintain the quality and speed necessary to continue supporting our manufacturing operations.”

The investment includes the installation of two extra-large, high-speed servo tandem press lines (each 180 inches) and one large servo progressive press line. In total, the three presses will increase the number of stampings produced each day by nearly 75,000 – or 20m each year. The plant currently produces 62m stampings per annum, for vehicles such as the Jeep Grand Cherokee and Ram Truck.

The new servo tandem presses are designed to boost reliability, maintainability and output as well as reducing energy use. The servo drive allows fully programmable control and movement of the ram speed at any position in the press stroke, unlike a mechanical press operating at a fixed rate.

The progressive press consists of a single press with one slide, in which a single die with multiple operations produces parts at high speed directly from the steel coil. This contrasts with a tandem press comprising multiple presses in series, with a single die in each press performing an incremental function.

The largest of six FCA stamping facilities in North America, Sterling Heights has 17 lines of major stamping presses, three progressive presses and three blankers, ranging from 400 to 4000 tonnes in capacity – and totalling 89 presses. The plant has 2,300 employees and processes 500,000 tonnes of steel and 14,000 tonnes of aluminium each year.