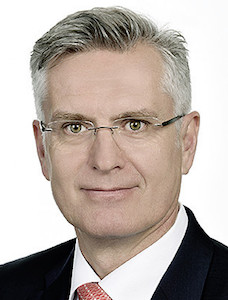 Germany – As head of the facility since April, Thomas Faustmann now oversees the building of concept cars, prototypes and pre-series vehicles. He has served the Volkswagen Group since 1991.

Faustmann first worked in Germany, starting as a production planner at VW Salzgitter before moving to Wolfsburg the following year to work in planning there. In 1995, he became head of Planning for Engine Manufacturing at the Chemnitz plant. In 1998, he returned to Salzgitter, holding several management positions, the last of which was head of the Engine R5/V/W Product Center.

Joining Audi Hungaria Motor in 2002 as head of Production, Faustmann progressed to become chairman of the management from 2004. At the same time, he headed up Engine and Transmission Planning at Ingolstadt. His tenure saw the expansion of the engine plant at Győr, Hungary, and the development of car manufacturing at Audi Hungaria into a full chain of production. Four models are now produced at Győr.

Audi operates pre-series facilities at all of its plants during model launches, while permanent centres are established at Ingolstadt and Neckarsulm in Germany; Győr, Hungary; Brussels, Belgium; Beijing, China; and San José Chiapa, Mexico.

The objective of each centre is to provide the Technical Development division with experimental material for testing and development, ensuring the feasibility of series production for a particular model. The cars are constructed virtually and physically in conditions similar to series production, then analysed. Close collaboration between development and production is essential for a successful launch.