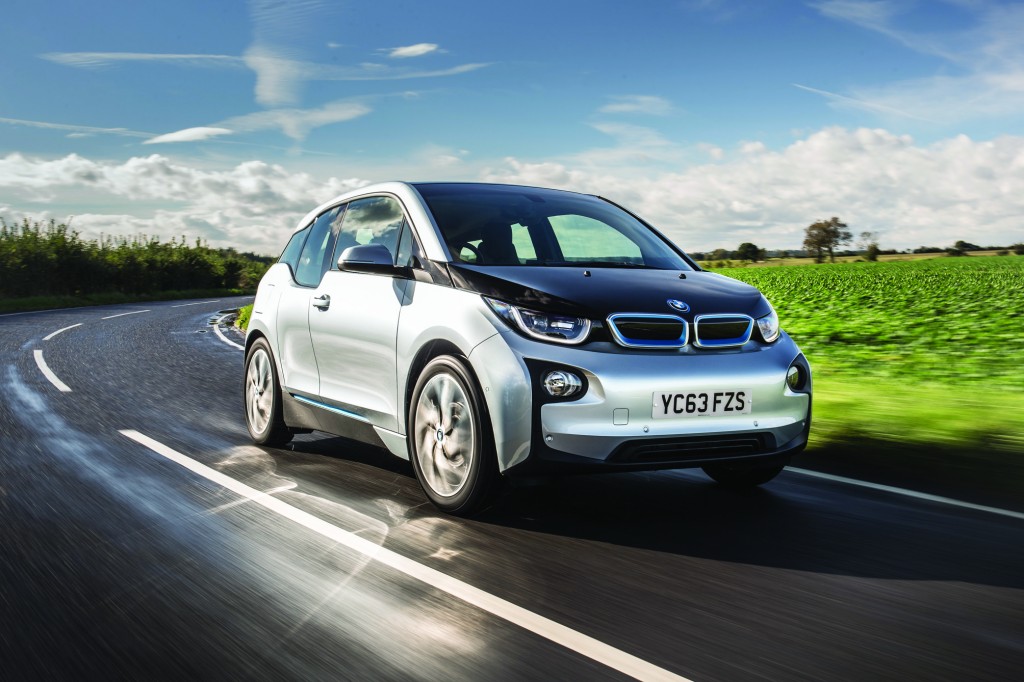 While the debate rages about exactly how much more gas and oil are waiting to be extracted worldwide, no one argues with the fact that fossil fuel resources are inevitably finite, with implications for every technology that relies on its combustion. In this respect, our reliance on the internal combustion engine as a means of transport is a significant worry.

At the same time, increasingly stringent regulations being imposed on the automotive industry are requiring the further restriction of emissions from vehicle engines. This impacts on all areas of vehicle design as automotive OEMs look to reduce weight, develop leaner engines and employ more efficient drivetrain technologies. It has also been the key driver in the development of hybrid and electric vehicles.

Adoption rates of hybrid and electric vehicles by consumers vary from country to country and are dependent on factors such as differing incentive schemes and stages in the development of charging infrastructure. A recent study from Navigant Research on light-duty (LD) plug-in electric vehicles (PEVs), for example, pointed to North America as the strongest market, with almost 100,000 units sold in 2013. Japan was a distant second with just under 30,000. China saw some 17,000 LD PEV sales in 2013.

The research expects that the US will remain the largest market for PEVs over the next ten years, with sales exceeding 514,000 in 2023. Pure electric vehicles (EVs) are already selling 50% better in 2014 in the US than in 2013. These might still seem like low numbers, but adoption rates are definitely increasing. China’s leading producer of electric cars, BYD, said its sales of EVs rose six-fold during the first half of 2014 to around 7,600, after moves to encourage more sales of green cars in order to tackle air pollution. Clearly, this does not equate to a mass market, but it is indicative of a growing trend.

As for the UK, there is still has a very low base of EVs on the roads, but again sales are increasing. The latest figures from the Society of Motor Manufacturers and Traders (SMMT) show that sales of pure EVs for the first six months of the year are up almost 133% over the same period in 2013, with sales of petrol hybrids up 36.3% and sales of diesel hybrids up 19%. That put an extra 1.4m alternatively fuelled cars on the road just in the first half of the year.

While the UK is still highly reliant on traditional power stations, it can be interesting to look at sales of EVs in countries where there is already a strong emphasis on green energy and where a good charging infrastructure is in place. It is also more revealing to focus on EV sales as a percentage of overall sales, rather than the raw numbers.

For instance, Norway currently has an EV fleet of around 6%, and sales in the first quarter of 2014 were broadly equal to those of conventionally powered vehicles. Undoubtedly, Norway’s investment in charging infrastructure and in hydroelectric power has much to do with this. A similar picture of the EV ‘population’ is emerging in both the Netherlands and Germany, where there is also an emphasis on green power.

It is obvious that, where the infrastructure is in place, the appetite for this new breed of vehicles is growing. Coupled with legislative pressures on automotive OEMs, there is thus a good reason to push forward with the development of hybrid and electric vehicles.

Many hues of green vehicles
Consumer options for hybrid and electric vehicles are many and varied, with offerings from all of the leading automotive OEMs. While the early hybrid vehicles were very clearly different from conventionally powered cars, today hybrids are frequently an option within the standard model ranges. The list of pure EVs is somewhat smaller, with niche city-car marques joined by the likes of the BMW i3, Chevrolet Spark EV, Citroen C-Zero, Fiat 500e, Ford Focus electric, Honda Fit EV, Mitsubishi i-MiEV, Nissan LEAF, Renault Fluence ZE, Smart Electric Drive, Tesla Model S, Volkswagen e-Up and a few others in what could be classed as the more capable road car category. Most recently, Mitsubishi has claimed a first with the launch of its plug-in hybrid SUV, the Outlander PHEV.

The Toyota Prius aside, the lifecycle of the early generations of hybrid and EVs has been quite short, with some all-electric models being little more than evaluation prototypes. For example, BMW introduced the Mini E electric car in 2009 as a field test, producing around 500 vehicles at its plant in Oxford, UK. The trial ended in 2011, and in 2012 a further scheme was launched with a car based on the BMW 1-Series. Named the BMW ActiveE and manufactured at Leipzig, Germany, it was leased to participants in a field trial. The culmination of the development programme was the BMW i3, a five-door city car, again manufactured in Leipzig. With over 5,000 i3 models shipped to the US so far this year, the i3 can certainly be deemed a production vehicle.

New models of hybrids and EVs are being brought to market every day, but it is perhaps the next generation of drivetrains and, in particular, battery technologies that will define their success – combined, of course, with the charging infrastructure.

Technology pitfalls & potential
Right now, there are a number of drivetrain evaluations underway and the results look highly encouraging. Battery technology, though, appears to be lagging. Consumers have expectations of range and charging times that even the best of the current lithium-ion (Li-ion) battery technologies seem to struggle to match, plus there are issues with lifespan, performance in extremes of temperature, weight, size, cost and more.

The automotive OEMs say improved battery technologies are around the corner, and there are also several promising new technologies such as lithium-nickel-manganese-cobalt-oxide, and perhaps even lithium-air. Volkswagen has recently hinted that it is investigating lithium-air technology, which could provide an order of magnitude improvement over existing Li-ion batteries.

Then there is the promise of graphene supercapacitors, with a team of Korean scientists having developed a product that can store as much energy as a Li-ion battery, but charge in only 16 seconds. This not only has implications for reducing on-the-road charging times, but also for the speed with which the batteries can store the energy created during braking.

Those promises of future developments aside, it is interesting to look at a lifecycle comparison of the current vehicles with their conventionally powered counterparts, and in 2012 such a study was undertaken by experts at the University of California, Los Angeles. The first comparison was based on energy input via manufacture, transportation, use and end-of-life disposal. The researchers concluded that the all-electric vehicle uses less than two-thirds of the energy of a conventionally powered vehicle during its lifetime, with the hybrid only slightly behind.

Production & running costs
The conventionally powered vehicle is still the cheapest to produce – largely because of the battery costs of the other two – but has by far the biggest use phase for energy intensity – some 95% of the overall figure. The EV’s use phase is the least energy intensive. The energy input figure for manufacture of the EV is currently dominated by the cost of the battery.

A comparison for CO2 equivalents over the lifecycle reveals a very similar picture, with the EV offering the best performance (despite its manufacturing CO2 figure again being dominated by the battery), the hybrid second and the conventional vehicle third, producing more than double the CO2 of the EV over its lifecycle. When it comes to other lifecycle pollutants there is no comparison, with the majority of pollutants for the EV being attributed to the production of electricity. 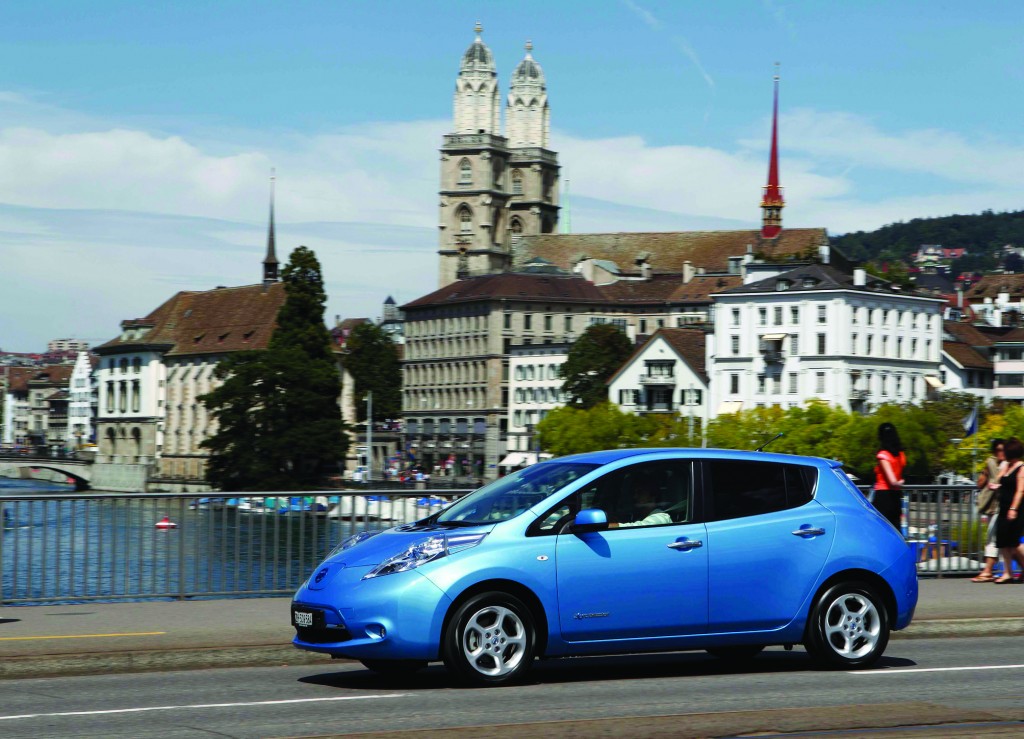 The Nissan LEAF is one of the top-selling EVs in the UK
In overall terms of net lifecycle cost for the user, looking at initial purchase cost and usage cost, the study concluded that the hybrid vehicle is the cheapest over its lifetime, followed by the conventional vehicle. At current purchase and running costs, the EV is by far the cheapest to run but has the highest initial purchase price before taking subsidies into account. This could mean that it is some 13 years of motoring before the initial extra outlay of the electric will be paid off when compared to the conventional vehicle.

Despite this, the researchers concluded that the EV is more energy efficient and less polluting than a conventionally powered vehicle over its lifecycle. And after those 13 years, the EV will ultimately save the consumer money. In addition, with improving technology, batteries and their production will become more efficient and the EV costs will fall further, making it increasingly attractive from the consumer’s viewpoint.

This is important information for the manufacturer, as it highlights the viability of EVs beyond current periods of subsidy. But more importantly from a production point of view, it is clear that there are opportunities for big savings in production costs – both in terms of parts and of energy input – as key technologies improve, with battery technology sitting at the top of the list.