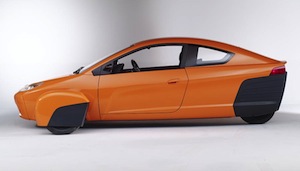 US – The 0.9-litre, three-cylinder engine will power a pioneering new vehicle that can travel at up to 100mph and achieve 84mpg, according to its maker. The model will sell for $6,800 when it launches in the first half of 2016.

Elio Motors partnered with engine developer IAV to create a new technology to meet the requirements of the model. The engine must operate efficiently at two different loads: lower loads during motorway cruising and the more demanding loads associated with the fast starts of city driving.

“We are extremely pleased with our first run on the dynamometer,” said Paul Elio, president and CEO of Elio Motors. “Seeing this new technology come to fruition has been one of the most exciting stages in our history. This prototype puts us right were we need to be at this stage of development.”

Elio and its manufacturing partner, Comau, will build the vehicle at the facility in Shreveport, Louisiana, where General Motors previously made the Hummer H3 and Chevy Colorado. Production will create 1,500 jobs at the plant and a further 1,500 at supplier companies; Elio estimates that 18,000 indirect jobs will be generated across the US. The company claims it has received 40,000 reservations to purchase the new vehicle.