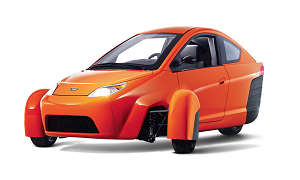 US – Claiming to be the first new vehicle manufacturer to develop its own combustion engine since Nash Motors in 1951, next month the American company will debut a 0.9-litre, three-cylinder prototype at the premises of its partner, engine developer IAV. The power unit is intended for use in a $6,800 commuter vehicle capable of 84mpg.

"When you are on a monumental journey such as the launch of a new transportation company, sometimes you have to blaze your own trail,” commented Paul Elio, founder and CEO of Elio Motors. “We looked at existing engines and couldn't find anything that met our needs. We challenged IAV to develop something from the ground up and they delivered.”

The Elio vehicle is designed to deliver high fuel efficiency while performing effectively both at the lower loads associated with open-road cruising and the more demanding loads of city driving. According to its maker, the vehicle will go from 0-60 in 9.6 seconds and will have a top speed of over 100mph.

For the engine, IAV began with a three-cylinder architecture and developed numerous components specifically to meet Elio needs, including the cylinder block, cylinder heads, CAM cover, oil pan, crankshaft, camshaft, valvetrain, pistons, connecting rods, bearings and water pump. According to Elio, this approach enabled the engine development team to keep the design simple, efficient and easy to manufacture, while enhancing key elements of fuel-economy such as the combustion system, friction and pumping energy.

Elio and its manufacturing partner, Comau, will build the vehicle at a facility in Shreveport, Louisiana, where General Motors built the Hummer H3 and Chevy Colorado. It will feature 90% local content. In going to market, the Elio will create a 1,500-strong workforce at its maker, and a further 1,500 jobs at supplier partners. The manufacturer estimates that Elio production will result in around 18,000 indirect jobs across the US.

Elio is targeting several markets, including consumers who occasionally need the functionality of a pick-up truck, SUV or minivan, but also want an affordable and fuel-efficient vehicle for solo driving. The company describes its product as an “and” vehicle, to be used for solo commuter trips by households which are also in possession of a larger vehicle. Pre-production, Elio says it has already received 40,000 orders.