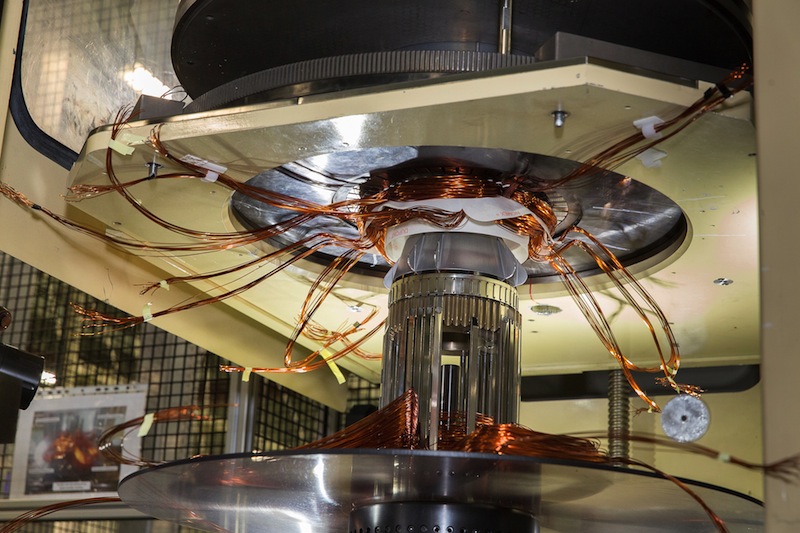 Renault’s electric vehicle (EV) programme took another major step forward in March this year when the company began producing its first in-house electric motor, the R240, at the Cléon plant in France. The new motor is initially for Renault’s flagship EV, the Zoe small hatchback, but has been designed so that it could be adapted for the company’s other battery-powered vehicles as well as those of Group partners Nissan and Infiniti – and maybe Dacia and Samsung at some point.

Up to now, Renault has sourced electric motors from Continental in Germany, and this arrangement will continue for the foreseeable future. Even the Zoe will continue to be offered with both because, while the R240 delivers an increased range – 240km (149 miles) rather than 210km on the NEDC European test cycle – it does not yet support 43kW rapid charging like the Continental unit. The inference, though, is that the Renault Group will be increasingly going its own way in the years ahead.

“We have two customer targets,” says Vincent Carré, Renault’s director of EV sales and marketing. “There are those who want an EV as a second or third car for local usage, and for them we have optimised the engine for a normal charge [3kW from a domestic socket or 22kW from a fast charger]. The extra 10km is very important for them.

“But we have kept the original engine for people who do maybe 150km a day and need a fast charge. Today, we wanted to increase autonomy with the new engine, but if we want to optimise it for a fast charge we can do it. Now if you have only local usage you choose the engine which is less expensive. If you want to do more kilometres on highways you choose the fast charge. But for the future nothing is excluded.”

The extended range with the R240 motor is largely the result of innovative processes in the design of the stator and rotor. Both have required a ramp-up in skills at the Cléon plant, drawing on the expertise of Nissan – which produces its own motors for the all-electric Leaf – as well as companies close to the factory. The inventory of partners includes Schneider, Valeo, Tecnofirma and Fabricom as well as Continental.

The Cléon plant was opened in 1958 and covers 155 hectares (400 acres), with around a quarter of that dedicated to buildings. It is the centre of excellence for Renault’s dCi turbodiesel engines, but also produces 2.0-litre petrol engines as well as the J and P transmissions, and is the Group’s aluminium foundry in France. Cleon’s 3,800 employees turn out 600,000 combustion engines and 450,000 transmissions a year.

Up to 50,000 R240 motors can now be added to that total, with the capacity to double this figure if the upward trajectory in EV sales continues. Half the plant’s production is exported, principally to other Renault sites, although an increasing amount is being sent to Nissan and Dacia (up from 24% in 2014 to 27% in the first half of this year) and Daimler and General Motors (13% rising to 16%).

Cléon was chosen as the hub of R240 manufacture for two reasons – its production base and engineering expertise – although it is also logistically well-placed, only 100km from the Flins plant where the Zoe is built. For the past two years, Cléon has been producing the Zoe’s junction box, designed at the Renault Technocentre near Paris, but until March it was harnessed to the Continental motor. With the introduction of the R240, Renault now has a 100% in-house electric powertrain.

Half of the 267 machines needed to produce the R240 were already in place at Cléon, and have been converted, reducing start-up costs by 40%. “It is very cost-effective engineering, which is part of the reason we were chosen,” says Mendi Ammad, plant director. “The €25m [$27.6m] spent to convert industrial assets was used to produce gear-train parts and on the machining centres, and €3m was spent on the building infrastructure.” In total, the R240 project has absorbed €50m of the €300m invested in upgrading Cléon since 2011. One hundred of the 1,000 new jobs being created at the plant this year are for the R240; a total of 200 are now involved in its production, working two shifts, and they have accumulated 6,000 hours of training to acquire the necessary skills.

A mix of manual & automated processes
The R240 is assembled in Cléon’s G building, the first to be erected on the site, although the single-speed reducer (transmission) is brought in from another part of the plant. There are four main production areas under one roof, for the power electronic control (PEC), the innovative stator and rotor, and final assembly of the ready-to-install motor.

One of the many challenges was mastering the PEC assembly. This junction box is made up of 180 components, many of them tiny, and any electrostatic discharge (ESD) can cause serious damage. Everything has to be meticulous. The floor of the PEC assembly shop is therefore covered with a conductive coating and the employees have to wear special safety shoes and white anti-ESD suits. On entering this part of the G building, employees are tested to verify the electrical resistance between their hands and the floor. Every completed PEC is given static, sealing and dynamic tests to check 20 electrical criteria. 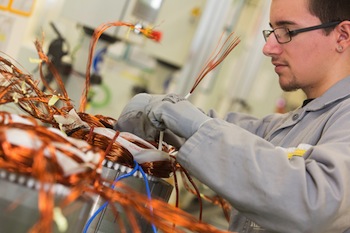 Stator production is semi-automated and semi-manual, using processes which benefit from the experience of Nissan. The automated part of production is completed on American machines supplied by Alliance. Some 1,800 metres of copper wire is wound into a stack in the most innovative part of the R240 production line. This is then bound together by what is effectively an industrial knitting machine before operators manually position sleeves around the wires for insulation and apply a resin to solidify the mechanical aspects of the stator. As with the PECs, every completed component is tested.

The wound rotor, an innovation that gives the R240 motor comparable performance to the Continental alternative with greater range, is one of the most manual operations in the plant. After a team of R240 managers visited Nissan in Yokohama, Japan, they decided they could not automate rotor assembly as much as they would have liked and so did not pursue this option.

Although the rotor is a simple component, it requires absolute precision and balance as it can rotate at up to 10,000rpm. The wires have to be installed in a pre-determined order, and are done so using a machine from ATOP in Italy, while the copper rings which link the rotor to the engine must be precisely machined.

Renault claims a number of innovative processes for the motor assembly line, including the mating of the crankcase to the wound stator. There are two different bench tests, one which replicates functionality at speeds of up to 10,000rpm and another which simulates use in an occupied vehicle under real driving conditions. The sub-assemblies, plus the reducer, come together in final assembly, and every completed powertrain is tested in conditions similar to those that can be expected in vehicle use.

Powering into the future
Cléon’s EV powertrain plant has been configured so that it can produce engines of different sizes – a sign that it will almost certainly supply some or all of Renault’s other three EVs (the Twizy, Fluence and Kangoo van) and other Group models, in time. The plant will produce around 20,000 R240 motors this year, and perhaps twice that in 2016.

Much depends on the growth of the EV market, which in Europe doubled between January and March to 24,600 units when compared with the same period in 2014. “It is dependent on tax incentives,” says Carré. “We still need the support of governments for another four or five years. At the moment, there is a superb incentive in France targeted at old cars. Our orders tripled in one week.

“We have had three years of very strong growth and this is still accelerating. Our orders have multiplied times five. Today there are eight auto-makers with a pure electric vehicle. In two years it will be 100%. We have shown we can do it with small cars and make [an EV powertrain] compatible for all usages in Europe. The next challenge is to make it possible for larger cars. That will happen. There are some huge steps in front of us in battery technology.” 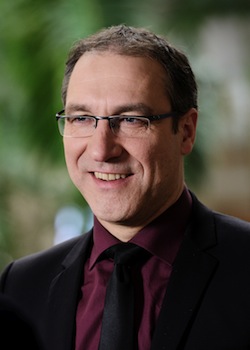 Jean-Philippe Hermine is Renault’s vice-president of Strategic Environmental Planning and CEO of Renault Environment, which manages the company’s participation in three recycling subsidiaries. His role therefore encompasses the vehicles Renault produces, how they are produced, and their eventual disposal.

AMS: Given that 10% of a vehicle’s whole-life emissions are created during production, how much time do you spend on making your processes more efficient?
J-P H: No more than 10%, but this still shows how much environmental issues are at the core of our business. Some 60% of our R&D budget is to find solutions for climate change, air quality, emissions and weight. Fifteen years ago, it was totally different: 50% on manufacturing and 50% on car and product issues.

AMS: In Europe, it will soon be a requirement to recycle 95% of a car at the end of its life. Is this taking up an increasing amount of your time?
J-P H: This is a special area for me because I wear two hats: planning and the environment; and CEO of Renault Environment. This is where I spend 20% of my time. Last year, we collected materials ­from 300,000 vehicles – copper, plastics, aluminium and so on – and re-injected them into the supply chain. In the UK, we are one of the five founding partners of the Ellen MacArthur Foundation, which has projects for recycling. All the copper we now use except that for the rotors is collected from our subsidiaries. It used to be shredded because it was a pollutant of steel. Now it is of value. It’s the same for plastics and other materials.

AMS: Does your role involve combustion-engine vehicles as well as EVs?
J-P H: Yes. You cannot separate things. We have to achieve 95g/km [the EU’s fleet average CO2 requirement for 2020] so we need improvements with both, but we are well-positioned for that and far in advance versus the current regulations, as well as the leader in EVs. In 2010, we committed to reduce our carbon footprint by 3% per year and we have succeeded every single year since. Environmental issues are critical for the industry and the planet. We need to electrify transport and de-carbonise the production of electricity.

AMS: And how do you see that progressing?
J-P H: To do that, you have to have the right products. The price [of EVs] is OK thanks to subsidies and we have got the performance. Now we need mass deployment, not least to improve the air quality in cities. EVs are our priority and the technology we control is key for the future electrification of vehicles. 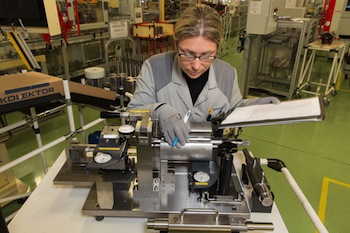 AMS: Your new R240 motor is adaptable for all forms of electrified vehicle. At the moment your focus is on EVs. In future, will you consider plug-in hybrids and even fuel cells?
J-P H: We have a portfolio of technology for low-consumption vehicles to achieve our targets and will react and adjust our offer according to the wishes of the market to optimise our business. It is difficult to say what will be the mix, but we must be flexible and agile.

AMS: What is the next big challenge for you?
J-P H: The next challenge is renewable energy because then we will have clean mobility. Last year, the capacity around the world in new electricity was 50% renewables. In Europe, it is 70%. Denmark and Spain are already at more than 50%. We now have the ability to de-carbonise.