AMS spoke with Simon Jones, director of Epic’s Unreal Engine Enterprise division to find out why video game technology is proving so useful to production engineers 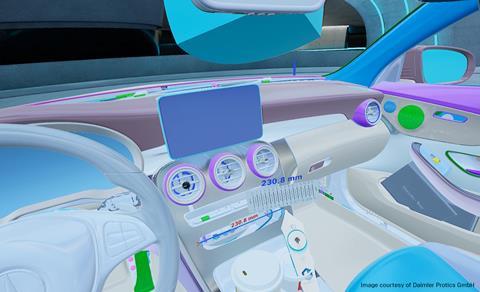 AMS: Could you provide some background into the development of the Unreal Engine platform

Simon Jones (SJ): When I first joined the industry, a long time ago, most games companies protected their technology, that was their competitive advantage. In those days you were still publishing your games on hardware such as ZX Spectrum, Commodore 64, then Super NES and Mega Drive. The hardware was the same, so the competitive advantage was in the tools that you used to build those games. So, we built a game called Unreal, which was a third person shooter game. It was very innovative at the time in terms of what it could do on the current generation of hardware, and it was our competitive advantage.

Normally companies would keep that to themselves, but we saw an opportunity and we began to license that technology to other companies who were also making competitive games, something that hadn’t really been done before. Skip forward multiple generations, Unreal Engine is still primarily the set of tools that we use to create our digital content. Mostly it’s games like Fortnite, Rocket League, and Gears of War, it’s just that we’ve productised those tools and made them available to the public.

A number of years ago, for Unreal Engine 1 and 2, and most of 3’s life, you had to have a relationship with Epic in order to be able to use our tools, but as we launched the fourth generation, (we have announced moving into our fifth generation) we realised that the application for these tools was much broader than just the types of video games that we were building, and we saw other markets beginning to emerge around the indie level mobile and VR. We realised that actually putting those tools in the hands of more and more people would be good, and so we made the technology available for free.

When Unreal Engine 4 launched, it was available to use for free, within a royalty bearing model. But outside of games, we didn’t really have any revenue expectations. However, we were really surprised to see very quick adoption outside of the games industry. Industries such as architecture were some of the first to make use of Unreal Engine. Also, some of the things that we were developing in video games, such as photoreal, complex environments, trying to make the experience as immersive as possible, were in parallel to what was happening in other industries, particularly with the adoption of technologies like virtual and augmented reality. 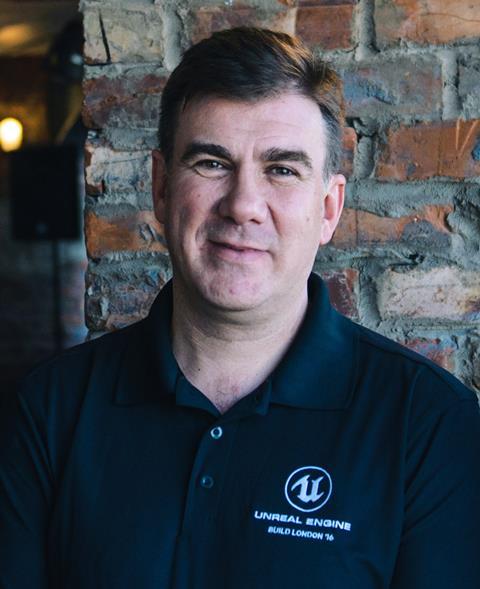 So, we had a company full of people that knew exactly how game developers thought, what they needed, but we weren’t a firm of architects or vehicle designers. I joined the company in 2015 to build a team that understood those industries, to allow us to support those people better, but, more importantly, to build the features into Unreal Engine that those industries would need, even if the games industry didn’t need them.

AMS: So, what makes the game engine useful in an automotive production operation?

SJ: First of all, our game engine, Unreal Engine is really a tool, not an application. It looks like an application, but it’s built to build software applications in. We provide source code, so that you can adapt the tool to whatever application you want to make. What makes a game engine attractive to, for example, automotive production operations is that when you create a video game you set some basic rules as to the type of environment and how you interact with it and the objects in it.

So, essentially, what we do is we provide this platform – we’re not the smart guys in this scene but we create the tool. We build the artist’s canvas board and we create the paint brushes. The smart stuff that happens with what’s being done in the automotive industry, as a result of very smart people having a very smart vision for what they want to do and utilising Unreal Engine to deliver it.

Working with the automotive teams we adapt to meet their particular technical needs so, we began to build things like real-time ray tracing because that was required. It’s all about building a relationship with the industries that we work in because we now do have very good expertise in our team. So, working on projects such as BMWs powertrain project, essentially, we’re a consultancy. We sit alongside the customer, we understand their needs. We look at areas where we could work harder with our toolset but, actually, the smart stuff happens in those organisations, with very smart people using our tools.

AMS: You mentioned the project with BMW could you give us an idea of what the challenges were, the process of development and what the solutions were at the end of that?

SJ: It started with the Mini plant at Cowley. The guy involved was a shift manager running the electrics part of the production line, and he was also working on a video game idea, doing it at home, in Unreal Engine, in his own time. The company was adding electrical components to the flow of the single production line at the plant, and he was tasked to improve the efficiency of this part of the line. He looked at his section and thought about the operator’s movements around an assembly station, reducing the number of steps needed or the arrangement and storage of tools and parts, and the only way he could think to visualise that was to build it as a video game.

He took his whole section of the line and built it in Unreal Engine, using all the things he had learned about making a video game. He built the tools and storage for his components, but realised it was missing actual data. So, he tagged the operators on his team with location sensors and he captured that data then mapped it to the scene. He started to see patterns with how the tasks were being performed and then developed ideas around how he could change that section. And that’s where it started. From this they made a number of changes to the line and improved the efficiency of the process. The individual improvements were small, but combined together made a significant difference to efficiency and cost over time. Since then he has been promoted and has employed the same process to create virtual lines for all five major factories for BMW, for the purposes of upgrading. 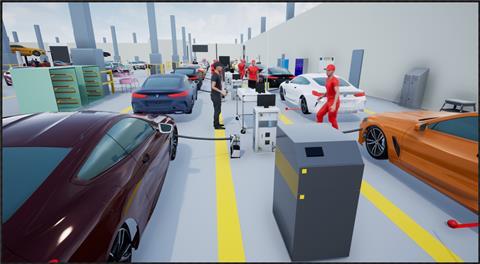 AMS: There’s a term now being used around data management, ‘single source of truth’. Could you kind offer your definition of that and how that sits within the discussion we’ve had about AR and VR applications?

So, as you move from design into manufacturing the datasets are completely different. They just completely reinvent the data. When it’s in manufacturing it’s just a load of lines – it’s polygon after polygon and it’s maybe a couple of hundred thousand polygons in each screw because they all have to be millimetre accurate. And that’s great, that’s perfect for manufacturing but you’re not going to sell a car with that data. Now you get the marketing people to start to rebuild that data using the current source of truth, which is manufacturing, but it doesn’t include all the data.

In a given vehicle, some elements are fabricated in the plant, some bought in by third party manufacturers (so, there’s IP there) and then there are soft parts, like carpets, cushion fillings, etc. At this point you’ve got all these different buckets of data and none of them really correspond. What we have done is to create interoperability with all of those different buckets of data, the idea being that at any phase in that vehicle project you have an Unreal Engine version of all that data, which is that single source of truth and it travels through all of those processes.

The benefit of real-time data is you don’t have to decide what data you visualise or use at any point. And as you go through that with all of those phases of the data, you can just keep adding more. So, by the time you get to a vehicle that’s going to be marketed, it’s got all the paint colours, all the components in it available in a single source.