Dennis steps down from McLaren role 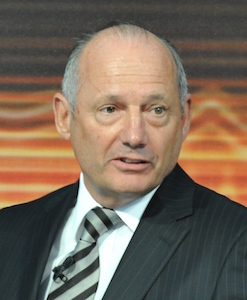 UK – After 37 years of leadership, Ron Dennis has resigned as chairman of the Automotive and Technology businesses, selling his shareholdings in both. A new McLaren Group encompassing all activities will be led by Shaikh Mohammed bin Essa Al Khalifa as executive chairman.

Dennis has spent 51 years in Formula One and other motorsport series. In 1980, he merged Team McLaren with his own company, Project Four, to form McLaren International. McLaren has grown from a workforce of 100 people to 3,400, while the valuation has increased from £3m ($3.8m) to £2.4 billion. Combined turnover last year was £898m.

In 2004, Dennis announced the launch of McLaren Applied Technologies, focusing on innovations derived from motorsport, and in 2010 he oversaw the creation of McLaren Automotive, the supercar manufacturer.

Dennis will now consult for various companies as well as working with the UK Government’s Ministry of Defence Innovation Advisory Panel to improve the technology, culture and organisations protecting national security. He will also continue to run his family’s youth charitable foundation, Dreamchasing.