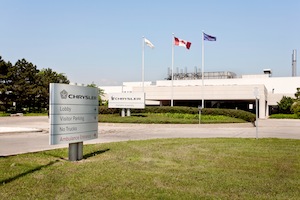 Canada – The vehicle-maker announced that its assembly facility is the first in Canada to achieve the ISO 50001: 2011 standard from international certification organisation TÜV.

Brampton Assembly Plant (BAP) has implemented energy management measures including lighting control which saves $110,000 per year in annual electricity costs, plus automated heating, ventilation and scheduling that reduces excess negative exhaust by 1.2m cu. ft per minute as well as cutting electricity and natural gas costs by $2m per annum.

In achieving ISO 50001 certification, BAP, which had already received ISO 14001 for environmental management, has served as the pilot plant among Chrysler’s North American assembly facilities; the other locations are expected to be certified by the end of the year.