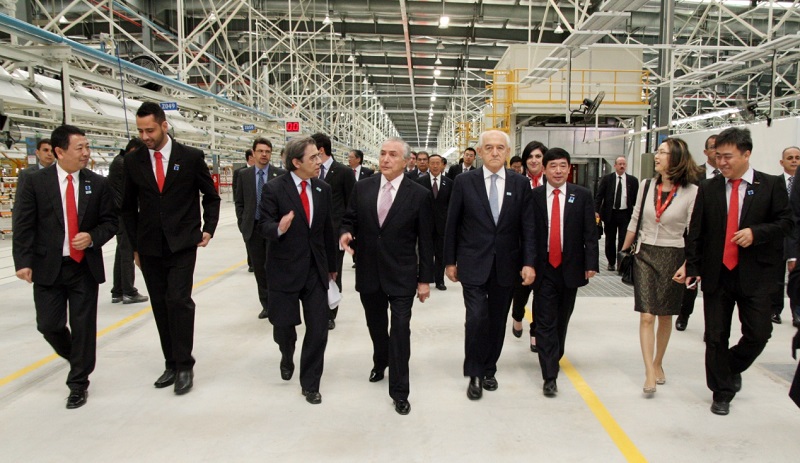 On June 22 this year, the first Chinese car to be produced in a Brazilian factory rolled out of the new Chery Automobiles plant at Jacareí, São Paulo State. Although only a pilot model, it was built using the tooling which will soon be employed for mass production. As pioneering as this event was, Chery is in fact one of two Chinese manufacturers currently establishing a manufacturing footprint in Brazil. JAC – officially the Anhui Jianghuai Automobile Company – is putting the finishing touches to a factory which is due to become operational by the end of the year on a greenfield site at Camaçari, Rio de Janeiro State.

The two Chinese companies are setting about building a Brazilian manufacturing base in different ways, but with the same powerful motivation: Brazil’s new-car market is the fourth largest in the world, ahead even of Germany, despite contracting by 0.9% in 2013 and by 8.3% in the first seven months of this year, according to data from Anfavea, the Brazilian automobile manufacturers’ association.

Brazil’s economic troubles, highlighted this summer in the fraught build-up to its staging of the FIFA World Cup, have led to large tax increases on imported cars. However, these can be negated by producing locally under the 2013 Inovar-Auto programme which uses a mixture of tax incentives and financial penalties to encourage greater investment in the country’s auto industry and a stronger focus on cleaner, downsized cars. A Brazilian manufacturing base will also help to overcome the logistical issues involved in shipping cars half way around the world.

Chery has been part of the Brazilian automotive scene since 2009, only eight years after being established in its homeland by the Chinese state, and has ambitious plans to claim a share of the market, variously quoted at between 3% and 5%, by 2017-18. Its model range in Brazil consists of the QQ city hatchback, the Face crossover, the Celer compact hatch and saloon – which will be replaced by new locally produced models by the end of the year – and the Tiggo, a medium-sized SUV launched in 2013.

Chery has made no secret of the fact that its export plans are based on entering developing nations through co-operation deals, joint ventures and CKD operations, to be followed eventually by the introduction of wholly-owned subsidiaries and overseas marketing channels. Currently, Chery licenses its products for CKD manufacture at 13 plants in 12 nations. The decision to establish a manufacturing base in Brazil was announced in 2009, almost as soon as the company had entered the market. The ground-breaking ceremony took place just two years later.

A costly colony
Jacareí is the only wholly Chery-owned plant in the world outside China, and will eventually entail an investment of $580m. Some $400m is for the assembly plant; $130m has been earmarked for Chery’s Acteco powertrain division to build a factory for 1.0-litre and 1.5-litre flex-fuel power units; and another $50m is for a projected R&D centre.

“Brazil will be the headquarters of Chery’s operations in Latin America,” confirms a company spokesperson. “During the first year of production the factory will build 50,000 units, but after that Chery hopes to raise this to 150,000.”

Jacareí was officially opened on August 28 and is now in the pilot-build phase. “The start of commercial production is estimated for November or December,” says the spokesperson. “Production will start with the new Celer hatchback and sedan, but the new QQ will also be made there from the beginning of 2015.” Chery announced towards the end of last year that the plant will be producing five different models within 12 months.

At present, the 400,000 sq.m site is home to 150 staff, with another 70 jobs still to be filled, but it will be providing work for another 400 people by the end of this year – with further increases expected at a later date. “More than 70% of the employees are Brazilians, and this is expected to reach 90% in future,” said Peng Jian, president of Chery Brazil. Forty Chinese engineers are currently helping to train production workers.

The body and assembly shops are now fully equipped, and the paintshop is currently being fitted out for the start of commercial production. All the machinery – and even the metal structures of the buildings – have been imported from China. A local supplier network to feed the plant has been confirmed, and includes Continental, Delphi, Johnson Controls, Magneti Marelli, Mobil, Siemens and Valeo.

Brazilian reports suggest that production will initially be dependent on CKD kits with local content of around 30%, but this will steadily increase as additional facilities are added and the local workforce becomes familiar with Chery’s manufacturing systems.

JAC joins the jockeying
While Chery has received 100% support from the Chinese government for its Brazilian mission, JAC is establishing its operations in conjunction with its local importer, SHC Group, which is putting up two-thirds of the $600m investment for the site at Camaçari. The ground-breaking ceremony for this project took place towards the end of 2012, around the time that Brazil introduced its Inovar-Auto programme. SHC has since confirmed that there will be no change in the timing or level of its investment in the plant.

JAC entered the Chinese market in 2011 with the J3 and J3 Turin models, and has now added the J2, J5 and J6. It is the top-selling Chinese automotive company in Brazil, having notched up 50,000 sales within a year of starting imports, and positions itself as a high-end brand.

At the time of the ground-breaking, JAC said that Camaçari will be capable of producing up to 100,000 cars per year plus 10,000 trucks, and will provide direct jobs for 3,500 people, plus another 10,000 in the supply chain. A test track, research centre and emissions lab are also being established at the site. 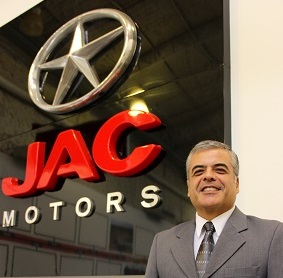 JAC Brazil vice-president Tarcisio Telles says the new Camacari plant will be a lean operation
Production will be on a modular system and will start in December, with sales of Camaçari-built cars to start in May 2015. The plant will be supplied by a mixture of Brazilian-made components and imports, but local content will be high enough, at around 65%, to meet the tax-exemption clauses of Inovar Auto, according to a statement by JAC president Sérgio Habib. The only parts brought in from China will be engines and gearboxes.

Tarcisio Telles, vice-president of JAC Brazil, has said that the supplier park will include six to 12 companies. Suppliers who have secured contracts with the plant include Antolin, Hutchinson, Pilkington, Plascar, Tudor, Usiminas, Valeo and Weldmatic.

According to Telles, the plant will be extremely lean in operation, with just 1.36 sq.m of building space per vehicle. “It will require 23 hours of work and consumption of 400 kilowatts per unit," he stated.

By the end of next year, JAC will be producing at least four different passenger cars in Brazil based on the J3 platform but designed and equipped to suit local consumers. They will be powered by 1.0-litre, three-cylinder and 1.4-litre and 1.5-litre flex-fuel engines capable of running on petrol or ethanol and featuring a number of Brazilian-made parts.

Competitive instincts
Habib has given five reasons why JAC should be able to maintain its competitive pricing while producing in Brazil. “The development cost [of a car] in China is lower and the cost of parts will be lower with the mixture of Brazilian components and others from the rest of the world,” he said. “It is commonsense to use parts from Brazil,” he added, citing the example of air-conditioning units which are too large to import. “We will also work to reduce logistics costs. The fourth factor is that we are a young company. We have a more lean and efficient structure. Because we are young we will also have more efficiency in our marketing.” 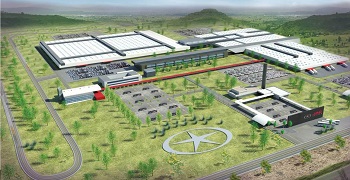 In recent years, Chinese cars have been making steady in-roads into the market shares of sales leaders General Motors, Volkswagen and Fiat within Brazil, and the decisions by Chery and JAC to set up local manufacturing operations will allow them to take advantage of the financial benefits provided by Inovar-Auto.

The pair are actually set to begin operations at a time of contraction in the Brazilian automotive industry; declining demand saw vehicle production fall by 13.3% between January and May compared with 2013, and shrink by 18% year-on-year in June.

Nonetheless, the Brazilian market is still viewed by the Chinese OEMs, rightly, as offering huge potential, both for its own sake and because of the easy access to other Latin American countries. Brazilian analysts regard Chery and JAC as a credible threat to the established market leaders in Brazil and believe they could soon equal, or indeed beat, the 3.1% of the country’s light vehicle sales that they commanded in 2011 when relying purely on imports.