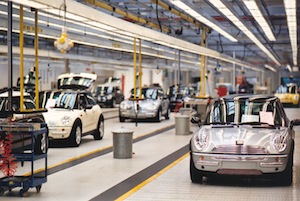 UK – Figures from the Society of Motor Manufacturers and Traders (SMMT) show that output in January was just 0.3% below the industry’s 2013 performance, with 128,620 units produced.

Mike Hawes, CEO of the SMMT, described the production as “a solid start to 2014” and added that domestic output is expected to “accelerate” throughout the year “as new model introductions reach full volume”.

According to the SMMT, signs of a European market recovery are “significant” for overseas trade, with 50% of the UK’s exports going to the EU. In January, 103,381 units were exported, up 1.2% on the year before.