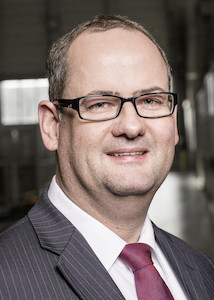 Germany – As head of Production and Plant Planning, he is now responsible for all manufacturing planning for vehicle projects across the brand, plus the implementation of plant structures at Audi sites worldwide. His appointment became effective this month.

Breme started with Audi as a planner for Substructure / Structure Planning Body and Foreign Plants. Four years later, he was appointed project manager in Overall Planning; in 2002, he became assistant to the head of Planning.

Leading Audi Toolmaking from 2009, Breme bore overall responsibility for toolmaking at Ingolstadt and Neckarsulm in Germany; Györ in Hungary; Audi Tooling Barcelona at Martorell in Spain; and Audi Tooling China at Beijing. From 2015, he also headed up the Equipment and Metal Forming Technology competence centre, which coordinates toolmaking and press shop activities to maximise synergies.